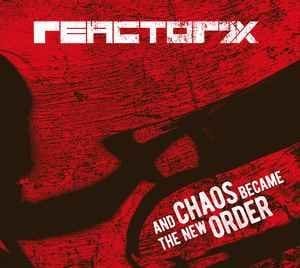 Background/Info: Polish dark-electro formation is now active for 10 years. After their album “Illusion Of Chaos” released in 2016 on Advoxya Records they’re now back on track unleashing this EP (or mini-album) featuring 3 new songs plus 4 remixes.

Content: Reactor7x takes off with 3 new songs revealing the dark-electro influences of the band. The opening song reminds me of Suicide Commando for its cold and melodic sequences. We next get a harder cut while the third song is an instrumental one accentuated by impressive synth lines.

+ + + : If you’re addicted to dark-electronics you for sure gone like this EP. “The Circus Of False” is a very efficient cut while I even prefer “The Cycle Of Life”, which is more than a filler. I also recommend “Acid Symphony” for the great synth line. But this instrumental song also reveals an accomplished composition and growing maturity of this band. It has something refreshing.

– – – : Reactor7x doesn’t bring anything new, but the new songs are fully enjoyable. I’m just a bit disappointed by the remixes, which compared to the original versions, don’t bring a real bonus.

Conclusion: Reactor7x is one dark-electronic band among the mass, but even if they deal with a stereotypical sound, I’m once more convinced about this band’s potential.

Best songs: “Acid Symphony”, “The Circus Of False”, “The Cycle Of Life”.

Since you’re here … … we have a small favour to ask. More people are reading Side-Line Magazine than ever but advertising revenues across the media are falling fast. And unlike many news organisations, we haven’t put up a paywall – we want to keep our journalism as open as we can. So you can see why we need to ask for your help. Side-Line’s independent journalism takes a lot of time, money and hard work to produce. But we do it because we want to push the artists we like and who are equally fighting to survive. If everyone who reads our reporting, who likes it, helps fund it, our future would be much more secure. For as little as 5 US$, you can support Side-Line Magazine – and it only takes a minute. Thank you. The donations are safely powered by Paypal.
Tags: Reactor7x