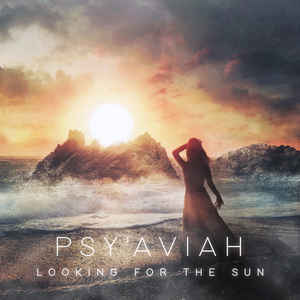 Background/Info: The recently released “Lightflare”-album from Belgian artist Yves Schelpe was without a shadow of a doubt the most polished and technically perfect work ever in history of the band. But it also revealed a deeper exploration of dance-pop music. This new EP reveals 3 new songs plus an endless list of remixes from these new cuts and songs originally featured on the last album.

+ + + : Yves Schelpe is maybe not pleased to hear I think his music is more suited for another –and more commercial scene, but I’m not sure his talent as a producer will really be recognized in the underground scene. You can compare the career of Psy’Aviah with that of Delerium: dark and definitely underground in the early years and progressively getting more dance-like and ‘commercial’-minded throughout the years. This EP –just like “Lightflare” are simply confirming the amazing writing- and production skills of this artist. This is dance-pop music featuring intelligent songs and subtle arrangements while most of the singers are now adding some sensuality and than pure passion to the songs. My absolute favorite track is the title track feat. Lumi remixed by SD-KRTR. This is an amazing hard-techno cut carried by overwhelming sound treatments.

– – – : 19 cuts are more than just an EP; it became an extended-extended play and I think it’s a bit too long, like abusing the remix formula. At the other side I think DJ’s will be pleased. I however have to say it’s pretty cool to get new songs featured on the tracklist.

Conclusion: I think it’s not really of a coincidence if I made this comparison with Delerium. I think there’s something Delerium-like in the sound of the newest Psy’Aviah releases. That’s much more than simply a reference!