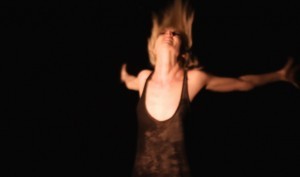 Precious Child, a dark alternative rock band from Baltimore, Maryland have just released a video for the track “I Fall” featuring actress Nina Burns, which especially USA based readers might know from America’s Next Top Model Cycle 20.

Precious Child was formed 2 years ago and a first album, “Bloody Knees”, was recorded and mixed in Los Angeles, CA by Ulrich Wild, the producer/mixer known for his work with Otep, White Zombie, Deftones, Dethklok and so on.

Since you’re here … … we have a small favour to ask. More people are reading Side-Line Magazine than ever but advertising revenues across the media are falling fast. And unlike many news organisations, we haven’t put up a paywall – we want to keep our journalism as open as we can. So you can see why we need to ask for your help. Side-Line’s independent journalism takes a lot of time, money and hard work to produce. But we do it because we want to push the artists we like and who are equally fighting to survive. If everyone who reads our reporting, who likes it, helps fund it, our future would be much more secure. For as little as 5 US$, you can support Side-Line Magazine – and it only takes a minute. Thank you. The donations are safely powered by Paypal.
Tags: America's Next Top Model, Nina Burns, Precious Child