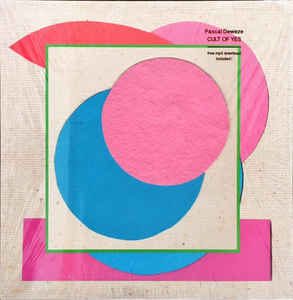 Background/Info: Pascal Deweze is a Belgian musician, singer and producer who gained some fame as member of bands such as Metal Molly, Mitsoobishy Jacson ao. He also composed music for TV series and has now unleashed his solo-debut “Cult Of Yes”.

Content: “Cult Of Yes” has been introduced as a solo-debut although numerous guest artists contributed to the composition. The sound is not that easy to define and doesn’t really belong to one established music genre. Pascal Deweze is experimenting with multiple influences moving from experimentalism into vague trip-hop passages to dark tracks with exotic rhythms to experimental-rock and even lounge plus vintage, funky-pop parts.

One of the main characteristic running throughout all cuts Deweze’s special timbre of voice. His voice is rather high. There’re also songs featuring female vocals.

+ + + : “Cult Of Yes” is a work like no other. It’s impossible to label and that’s for sure an aspect revealing certain originality by the artist. I really love the kind of Massive Attack sounding “Beautiful Penelope” for the great balance between electronics and guitar and the global progression running through this song. Every single song reveals new elements to discover. “I Only Have A Yes For You” is another attention grabber for its funky touch and sensual female backings. The song is carried by some deep, vibrating sound treatments, which is another cool element of this song. It’s a bit similar to “Strange Behaviour”.

– – – : The work sometimes sounds such as a sonic exorcism made by an artist and his mates who had a lot of influences in mind. I like the concept, but the result is not that really compact. You sometimes get the impression it’s more a compilation instead of a real band album.

Conclusion: Pascal Deweze’s solo-debut is a sonic-enigma, which is impossible to label although enjoyable to listen to.

Best songs: “Beautiful Penelope”, “I Only Have A Yes For You”, “Think Of Me”.