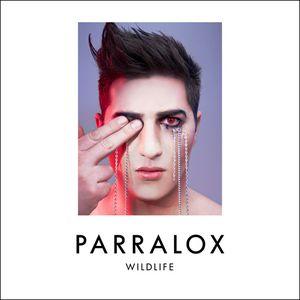 Background/Info: Australian synth-pop sensation Parralox strikes back with a new EP revealing a new title song and the usual load of remixes. Several songs were originally released on the “Aeronaut”-album released during 2015.

Content: “Wildlife” is a happy electro-pop song featuring the familiar catchy and danceable elements of Parralox. The song has been remixed by 4 different artists and I here especially recommend the ultra-clubby sounding “Range Dub And Dance Mix” by People Theatre.

Among the other list of remixes I was mainly impressed by John Von Ahlen in person remixing “Somebody II” a great, danceable way as well. There’s another noticeable remix of “Somebody II”, which has been accomplished by Midnight Resistance. And here again we get a pretty cool dance-pop format.

This EP has been clearly made for the dancefloor and reveals multiple exciting dance cuts. A last one I’ll mention is the somewhat lounge-dance approach of “Do You Feel What I Feel” remixed by Talion Law.

+ + + : This EP is a pure club-minded work featuring some excellent dance-pop pieces.

– – – : Some of the remixes are maybe a little bit too ‘dance’-minded creating a hiatus with the original versions.

Conclusion: If you’re into danceable pop vibes you’re definitely going to like and enjoy the “Wildlife”-EP. This is great ‘Saturday Night Fever’!