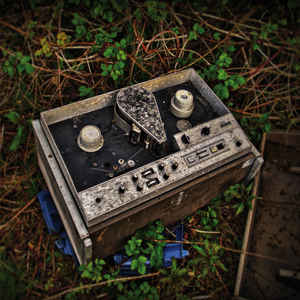 Background/Info: “World Adapter” resulted from the common efforts of Greek artist Bakis Sirros (Parallel Worlds) and German artist Ingo Zobel (Self Oscillate). The tracks were composed in between 2010 and 2014 featuring an impressive arsenal of equipment.

Content: “World Adapter” is a minimal electronic composition revealing refreshing astral-like sound sculptures and multiple fine bleeps. Deep and experimental sound treatments have been joined by slow cadences creating an intelligent sound approach. One of the cuts is featuring female vocals, adding a sensual touch to the work.

+ + + : I’m quite familiar with the work of Bakis Sirros, and I have to say that this production is one of my favorites. The sound is more accessible and especially made of brilliant analogue sound treatments and other field recordings. I like the crystalline touch of the bleeps, but the global minimalism this album has been made of is absolutely impressive. The female vocals on “Legend Silence” are adding an extra warm and artistic touch.

– – – : The minimalism and somewhat experimental touch of the composition aren’t accessible for a wider audience although I’m not sure this is the kind of work made to seduce the masses.

Conclusion: Parallel Worlds & Self Oscillate reveal a great sound chemistry, which has been transposed into a sophisticated, but definitely beautiful and inventive work.