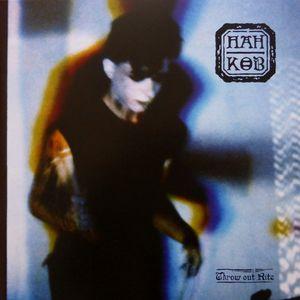 Background/Info: Pankow is a band EBM heads all know as one of the absolute pioneers in the genre. “Throw Out Rite” is a kind of rarity as we here and for the very first time get the debut mini-album of Pankow originally released as a cassette in 1983 on CD. Next to the original 6 songs we also get 4 extra tracks written the same year of “Throw Out Rite”.

Content: This work clearly appears to be the sonic fundament of later and successful Pankow work. This is not exactly EBM although there’re a few and easy recognizable elements running through some songs. Pankow here experienced with pure abstract sound manipulations. It’s an experimental and somewhat sonic anarchistic sound, which might remind early industrial and experimental pioneers. This is an interesting document and a totally weird side of Pankow some of us will discover.

Among the extra tracks we get 2 live songs, which are even more into experimentalism and even revealing saxophone passages (which was quite commonly used in the beginning of electronic music).

+ + + : This is an interesting work, which comes back alive 33 years after its creation. It first of all reveals the debut influences of this famous band.

– – – : This work will clearly not convince the EBM purists. It clearly sounds like a long-time forgotten work, which is not really a treasure, but just a document.

Conclusion: “Throw Out Rite” is a kind of sonic grimoire that has been recovered from dust, but which has lost its original magic.