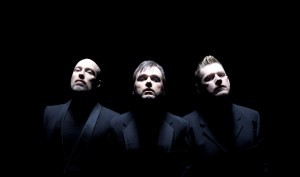 The German act Oomph! is back with a brand new video, “Alles aus Liebe”. The track is taken from the “XXV” album released on July 31, 2015 via Airforce1 Records. It’s the twelfth one so far from the Neue Deutsche Härte act. The track was originally released as a single on 17 July 2015 and now also sees a music video release.