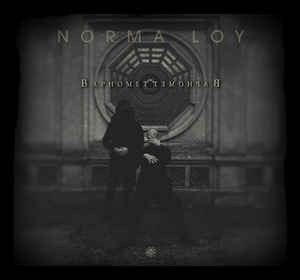 Background/Info: “Baphomet” is the first new studio album of Norma Loy since 2009. This French band driven by the artistic spirit of ’Usher’ and the vocals of ‘Chelsea’ became one of the most successful French bands during the 80s. The band finally stopped all activities during the early 90s, but came back to life in 2006 to make a few live shows. They were back on track and finally released the album “Un/Real” in 2009 on Infrastition.

Content: “Baphomet” is a real weird opus where you rapidly get the impression that Norma Loy is revisiting different music genres and I guess bands they like and respect. I’m not only referring to cover versions of Suicide (cf. “Je Me Rappelle”) and the evergreen/jazzy song from Richard Rodgers & Lorenz Hart (cf. “Blue Moon”), but still to some more electro-vintage driven cuts reminding me of early Front 242, pure new-wave/cold-wave passages à la Sisters Of Mercy and the song “Strangers In The Dark”, which sounds like the offspring between The Doors and Echo And The Bunnymen. There also is a more electro-industrial cut (cf. “I Hate Your Heroin”) which sounds like a wink to Psychic TV.

Another and totally different song is the minimal-like “13 Novembre” revealing French lyrics, which have been clearly inspired from the terrible terrorist attack in Paris on the 13th of November 2015. Chelsea sings in French, but the main part of the songs were sung in English.

The album features different guest musicians who played guitar, bass or did some extra programming.

+ + + : “Baphomet” is a real versatile album, which feels like a voyage throughout the time and different music genres, which have been reinvented or re-interpreted by Norma Loy. It’s a real versatile production, which sounds a bit complex, but well-crafted and totally accomplished. It all feels like the band is comfortable playing different genres. Speaking for myself I like the more electronic-driven cuts and the minimal parts.

The album is packed in a somber, but artistic digipak featuring a booklet with all the lyrics.

– – – : It’s not that easy to seize the diversity running through this work. I don’t have anything against diversity, but “Baphomet’ rather sounds like a compilation instead of an album. Moving from EBM to new-wave to apocalyptic ballad parts to electro-minimalism to psychedelic-rock to a cover version of an Evergreen song is not very common, and especially not exactly accessible.

Conclusion: I’ve understood “Baphomet” as a kind of music exorcism from different music genres and some specific songs adapted into the Norma Loy sound.

Best songs: “(The Sound Of) Apocalypse”, “Je Me Rappelle”, “Strangers In The Dark”, “Golden Fish”.