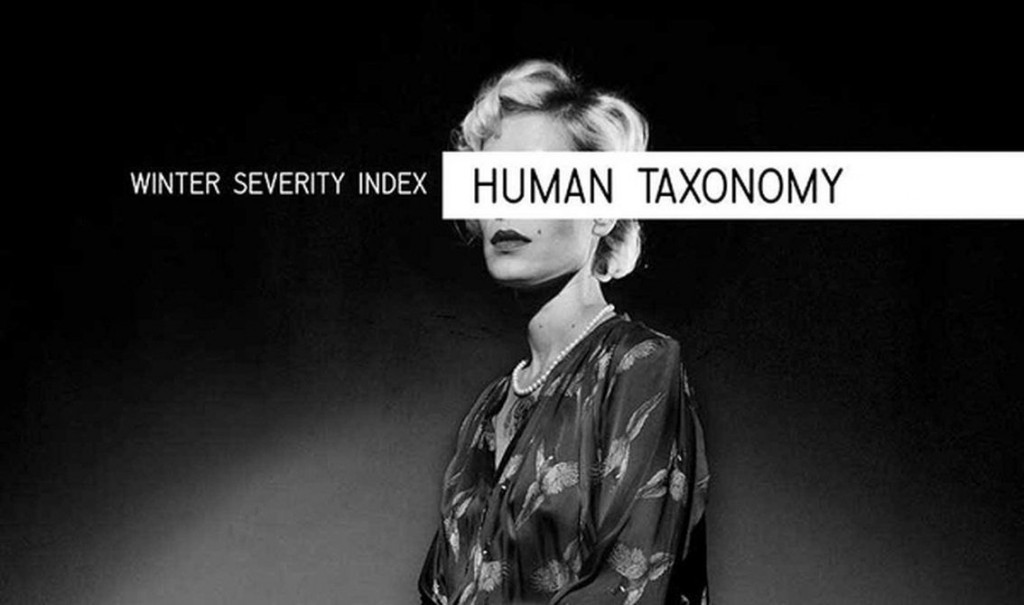 The Italian new wave electro act Winter Severity Index released a well-received full length debut “Slanting Ray” in 2014. Their second album “Human Taxonomy”, presented first at the past Wave Gothic Treffen in Leipzig, is now ready for ordering. The new release will be available on vinyl (available here) and on CD (available here).

Winter Severity Index is based in Rome, Italy and consists of Simona Ferrucci, singer, guitarist, composer and songwriter. The project was born in 2009 as a traditional band, formed by 4 young women. In 2010 the band published a now sold-out self-released EP, “Winter Severity Index”, distributed by AF Music. In January 2012 the project took the form of a duo, after the decision of two members to leave the band. Simona continued collaborating with Valentina Fanigliulo, a.k.a. Mushy and released a number of tracks on compilations and released an EP for Blood Rock Records in 2013. Their debut followed on Manic Depression in 2014.

Here are 2 tracks from the band’s upcoming album.

Since you’re here … … we have a small favour to ask. More people are reading Side-Line Magazine than ever but advertising revenues across the media are falling fast. And unlike many news organisations, we haven’t put up a paywall – we want to keep our journalism as open as we can. So you can see why we need to ask for your help. Side-Line’s independent journalism takes a lot of time, money and hard work to produce. But we do it because we want to push the artists we like and who are equally fighting to survive. If everyone who reads our reporting, who likes it, helps fund it, our future would be much more secure. For as little as 5 US$, you can support Side-Line Magazine – and it only takes a minute. Thank you. The donations are safely powered by Paypal.
Tags: leipzig, Winter Severity Index