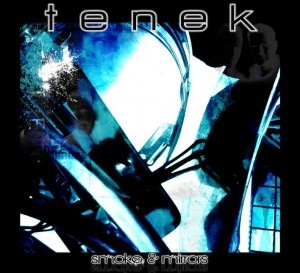 Three years in the making, tenek’s newest 11-track album “Smoke and Mirrors” will finally be hitting the American shores too and this by mid-April, you can order your copy right here.

It’s the first new material from the band since their second album “On The Wire” (2010) and the 2 recently released EPs “Another Day” and “What Kind of Friend?”. The Devon/Essex based electropop act tenek (aka Geoff Pinckney and Peter Steer) debuted in 2007 and toured two albums and 9 singles/EP’s.