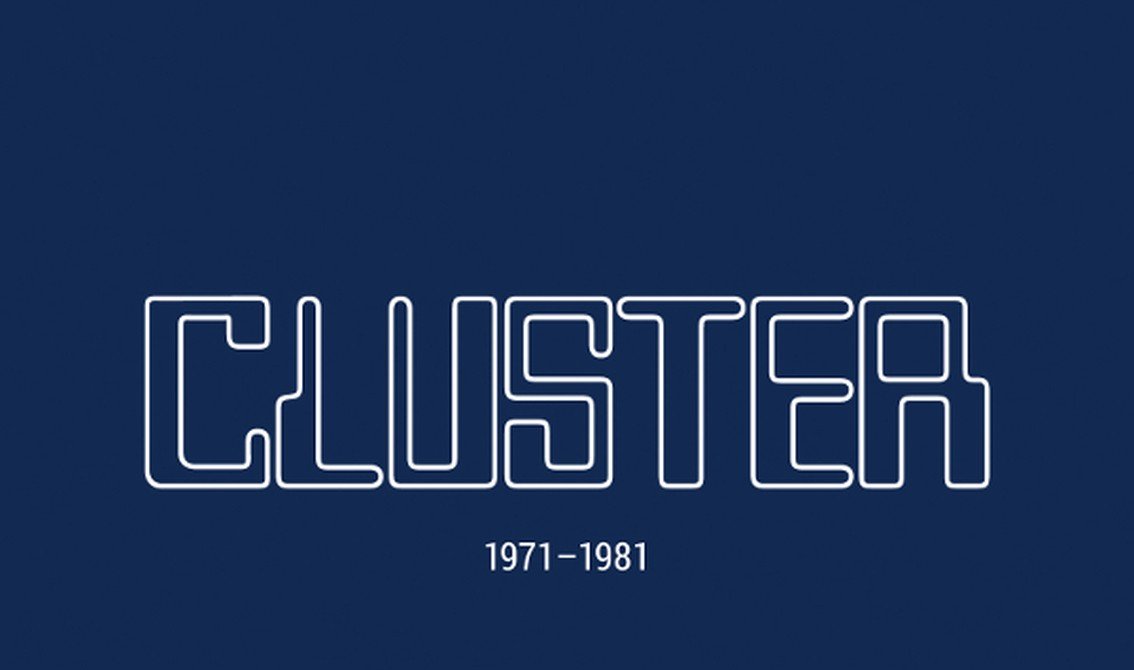 Cluster was a German experimental musical group consisting of Hans-Joachim Roedelius and Dieter Moebius. They have recorded albums in a wide variety of styles ranging from experimental music to progressive rock and have influenced the development of contemporary popular electronic and ambient music, in short they are cult! The original trio of Conrad Schnitzler, Hans-Joachim Roedelius and Dieter Moebius released two seminal albums as Kluster before Roedelius and Moebius replaced the K with a C and continued as a duo. The band was active from 1971 until 2010, releasing a total of 15 albums, including two collaborations with Brian Eno.

Out soon is a must-have box set (available here as a 9CD boxset and available here as a 9LP boxset) which contains all 8 of the regular LPs which represent their main phase, plus a previously unreleased album of 2 live recordings from the years 1972 and 1977. All of the albums have been remastered by Willem Makkee and Asmus Tietchens has contributed an exclusive text on the evolution and significance of the band. The booklets also include essays on each individual album and rare photos.

Plus the previously unreleased: