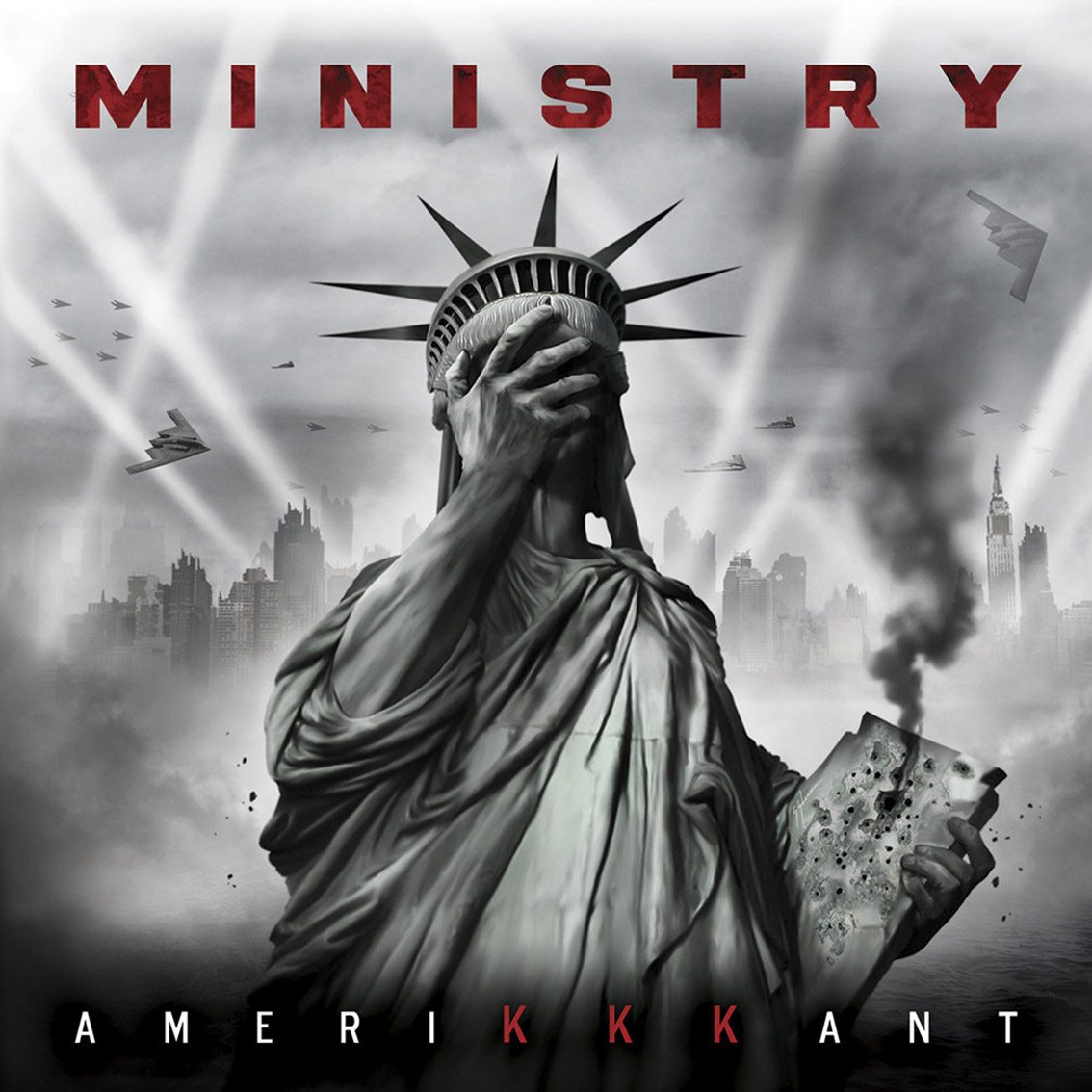 “AmeriKKKant”, industrial-metal pioneers Ministry’s 14th album, will be released on March 9, 2018 for the first time via Nuclear Blast Records. The album will include guest appearances from Burton C. Bell of Fear Factory, former N.W.A. member Arabian Prince, DJ Swamp and Lord of the Cello. It contains 9 songs in total of which 3 of them are longer than 8 minutes!

Today the video for the first single, “Antifa”, a protest song against the current political chaos in America, was released.