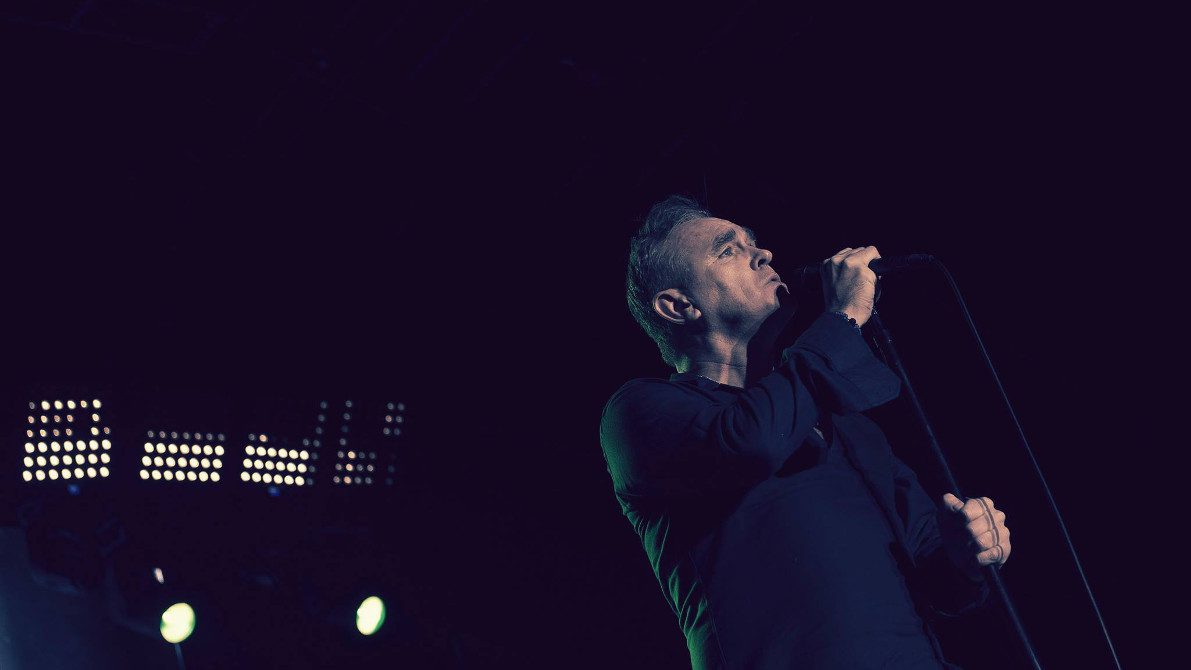 Morrissey’s recent Facebook status update (see below) on the Manchester terrorist attack by islamic extremists has caused a huge uproar on the social media platform. In the status update the musician attacks the politically correct thinking which is raging the media and political world causing that “in modern Britain everyone seems petrified to officially say what we all say in private.” And he adds: “Manchester mayor Andy Burnham says the attack is the work of an “extremist”. An extreme what? An extreme rabbit?”

Below is the complete text: 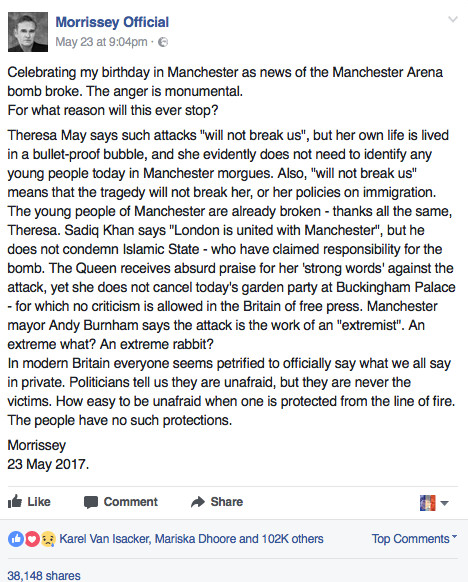 In further news related to the attack, an old interview from Belgium’s socialist party leader John Crombez has upset many as he claims in the interview that ISIS terrorists share exactly the same problems the punk movement followers had, and that we are to blame for the bombings taking place. At the time of publication (2016) many thought that Crombez was just talking trash and “trying to appease his loyal islam voters” as many critics called it. But in the light of the attack during a kid’s pop concert the whole interview now reads as a very ill-mannered way to downplay islam extremism. Next to this, suggesting that punks aren’t any better than ISIS followers isn’t really a clever idea either.

We asked Crombez for a reaction but he decided not to return our calls.

Here’s the interview headline and excerpt which is causing so much disgust. 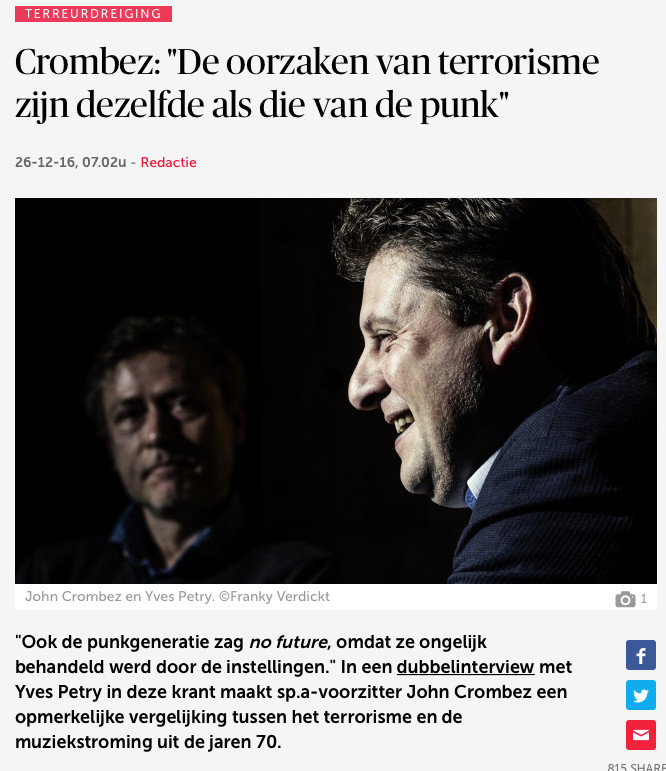 Since you’re here … … we have a small favour to ask. More people are reading Side-Line Magazine than ever but advertising revenues across the media are falling fast. And unlike many news organisations, we haven’t put up a paywall – we want to keep our journalism as open as we can. So you can see why we need to ask for your help. Side-Line’s independent journalism takes a lot of time, money and hard work to produce. But we do it because we want to push the artists we like and who are equally fighting to survive. If everyone who reads our reporting, who likes it, helps fund it, our future would be much more secure. For as little as 5 US$, you can support Side-Line Magazine – and it only takes a minute. Thank you. The donations are safely powered by Paypal.
Tags: isis, john crumbed, Morrissey, politically correct, politically correct thinking