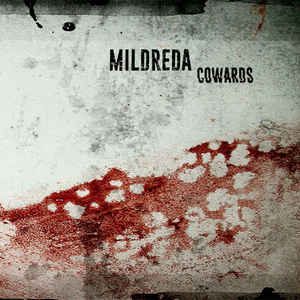 Background/Info: Belgian artist Jan Dewulf got some name and recognition for his work under the moniker of Diskonnekted. But Jan was already composing music before he got involved with Diskonnekted. Mildreda saw the daylight in the 90s and got reactivated in 2009. We last year welcomed the digital album “Coward Philosophy”, which was a real cool surprise. This EP is getting back to this album, but still serves as an appetizer for the upcoming full length.

Content: Mildreda can be the best described as the offspring between In slaughter Natives (for the epic/orchestral elements) and Yelworc (for the dark-electro link based upon haunting atmospheres). The result might be a bit compared to Stiff Miners and clearly reveals a very single approach in dark electronics. A few elements might also remind to the complexity of Frontline Assembly and Mentallo & the Fixer. The vocals are harsh, but a few songs also reveal a clearer production revealing Jan Dewulf’s more familiar timbre of voice.

+ + + : I’m totally devoted to the epic and orchestral elements running through a few cuts. This makes the originality of Mildreda and I’m convinced it’s the kind of sound that could bring this band to a higher dimension. Especially the epic chants create mystery, and also support the work with dense, dark layer. And Mildreda is definitely into darkness and even obscurity. “Stories (Short Edit)” is a great illustration of this tormenting electro style. I also like the fact this band has nothing in common with the electro/future-pop sound of Diskonnekted. Mildreda is something apart and remains a promising project.

– – – : I just noticed a few cuts, which are more average like. I guess it’s not really a surprise it here concerns the songs without epic arrangements.

Conclusion: Just imagine In Slaughter Natives getting contaminated by a dangerous sonic virus. The result of this new hybrid would be called Mildreda!