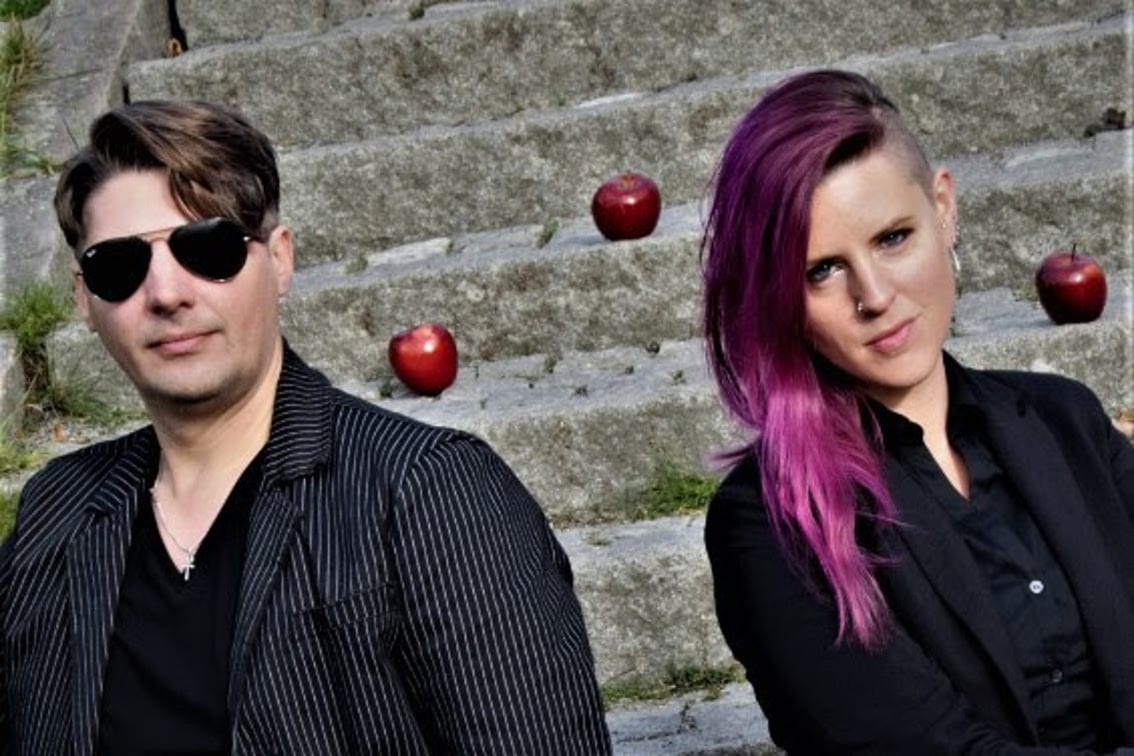 The Swedish electropop act Mechatronic have launched a video for the song “A Life Pretending”. You can view it below, but do read the circumstances in which it was shot right under the video.

The video was shot in Gothenburg in rather cold weather so it seems: “We started filming the “live clip”, showing in the movie theater, dressed in summer clothes. We swept us in warm blankets between the takes, but were still ice cold after a while, and Emma in her sleeveless dress could hardly play on the keyboard with her stiff fingers. On film we looked all red nosed and frozen, with bright red fingers to white keys, but that freezing feeling was nicely removed afterward in the color setting. The robot suit wasn’t much warmer, and since the robot scenes were recorded later in the evening the temperature had dropped even further. Emma was at first a bit nervous about acting on camera, but with the professional coaching by an experienced director it was no problem when the time came. It was a good thing she could feel comfortable in the situation since the robot suit attracted both eyes and comments. Especially at McDonalds where we went for a break to have a coffee and warm up.”

Since you’re here … … we have a small favour to ask. More people are reading Side-Line Magazine than ever but advertising revenues across the media are falling fast. And unlike many news organisations, we haven’t put up a paywall – we want to keep our journalism as open as we can. So you can see why we need to ask for your help. Side-Line’s independent journalism takes a lot of time, money and hard work to produce. But we do it because we want to push the artists we like and who are equally fighting to survive. If everyone who reads our reporting, who likes it, helps fund it, our future would be much more secure. For as little as 5 US$, you can support Side-Line Magazine – and it only takes a minute. Thank you. The donations are safely powered by Paypal.
Tags: Mechatronic