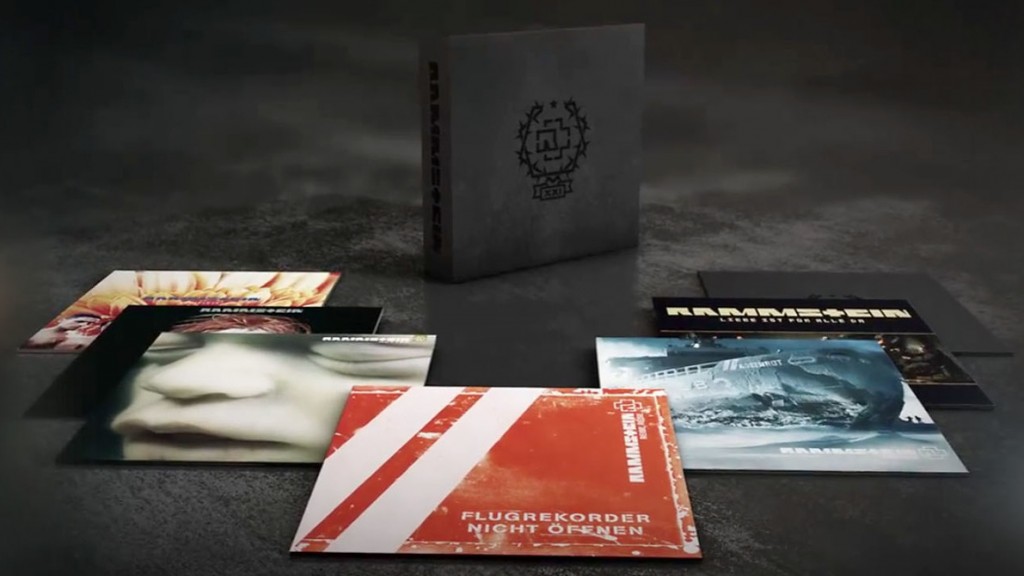 “XXI” is the name of a brand new massive Rammstein vinyl boxset holding no less than 14 LPs. Ready for shipping at the start of December, you can order your copy right now, right here.

The 14 LP strong vinyl boxset “XXI” is being released to mark the band‘s 21st anniversary. It’s also their first vinyl box-set ever.

All six groundbreaking studio LPs have been brought together in a super deluxe embossed black box. As expected, all the albums have been remastered for the first time and come on deluxe 180 gram heavyweight black vinyl. Every LP comes in a luxury gatefold sleeve with original artwork. Four of the albums are even on vinyl for the first time.

Also included is a double LP full of exclusive rare tracks recorded in the period 1997 – 2012.

Here’s another visual of this vinyl deluxe boxset. 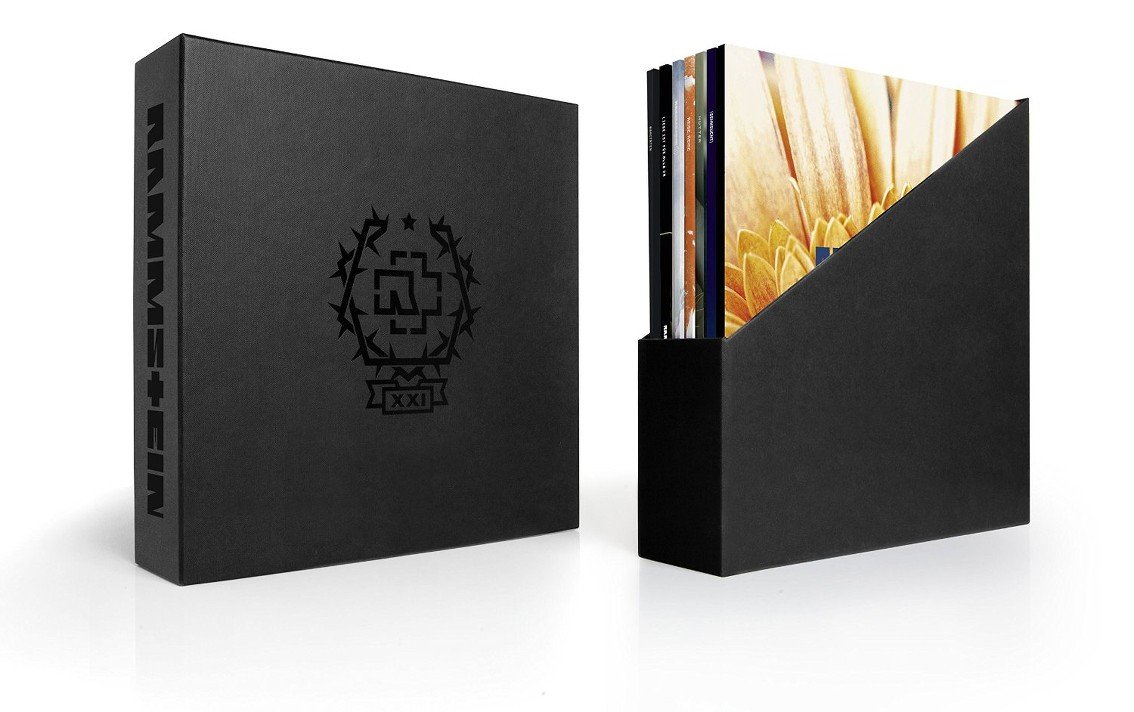