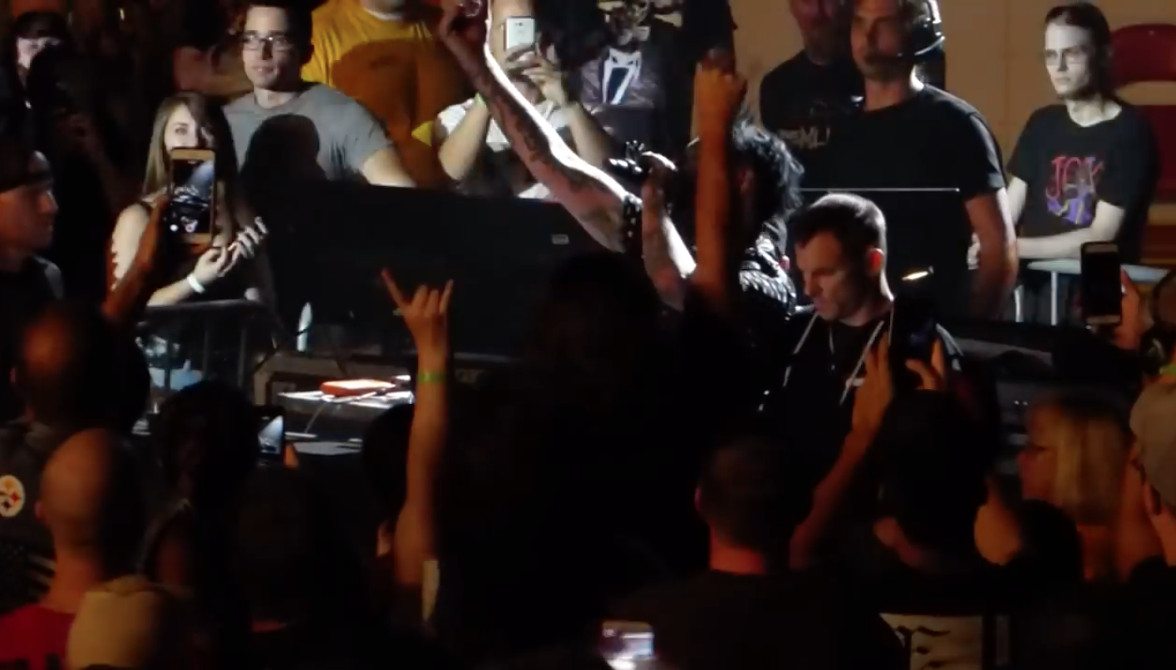 Some weird video footage turned up from the Marilyn Manson show at the Giant Center in Hershey, on July 10th. A drunken (?) Manson can be seen moving into the crowd to end up at the soundboard platform where he suddenly messes around with the buttons. Luckily the technician can quickly get things back ok.

It’s not sure if Manson was unsatisfied with the sound, but it looks like it. Note that a roadie trying to prevent Manson from falling the whole time was given the ‘bitch’ look by Manson, after which Manson stumbled after all. Drunk or crazy? Who knows. Manson is currently co-headlining a PANorth American Summer Tour with Slipknot.

Here’s footage from the event taken from 2 different angles: