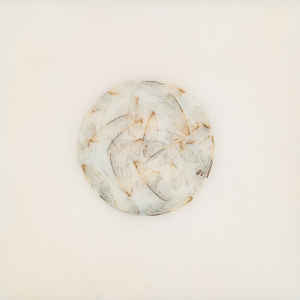 Background/Info: Lotte Kestenr is the artist name of Anna-Lynne Williams. She was previously involved as the singer with Trespassers William while she’s now active under Lotte Kestner for a few years now.

Content: “Off White” was originally written for a film, which clearly explains the global writing of this album. It’s a dreamy album composed with several acoustic instruments accentuating the melancholic flavor recovering the songs. There also is a ballad approach, which fits with the elegance of the vocals.

+ + + : “Off White” is the right kind of music to relax, close your eyes and simply dream away. It’s a cinematographic experience, which makes me think of Van Gelis for the piano playing on the final song “Dead/Sea”. Lotte Kestner injects a refreshing breeze in a dark world. The songs are elegant and simply beautiful. I also have to say a word about Anne-Lynne’s beautiful timbre of voice, which has a jazzy intonation. It’s a warm and sensual experience.

– – – : This is a beautiful album although a few songs can become a little bit soporific.

Conclusion: “Off White” sounds like sweet melancholia where the listener gets cradled by the magic of the voice.