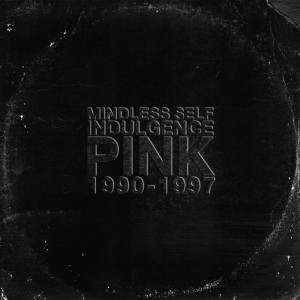 Mid-September you can expect the release of the Mindless Self Indulgence (MSI) album “Pink” which holds 19 tracks including 15 never before heard MSI songs off the selftitled EP, pimped with hidden songs and an audio diary from 22 year old MSI lead singer Jimmy Urine.

The vinyl is limited to 500 units worldwide, so better start ordering right now! A CD version is available too.

Mindless Self Indulgence is an American electropunk band formed in New York City in 1997. Their music has a mixed style which includes punk rock, alternative rock, electronica, techno, industrial, hip hop, and breakbeat hardcore. Their group name is derived from a solo EP that frontman Jimmy Urine wrote in 1995.

Since you’re here … … we have a small favour to ask. More people are reading Side-Line Magazine than ever but advertising revenues across the media are falling fast. And unlike many news organisations, we haven’t put up a paywall – we want to keep our journalism as open as we can. So you can see why we need to ask for your help. Side-Line’s independent journalism takes a lot of time, money and hard work to produce. But we do it because we want to push the artists we like and who are equally fighting to survive. If everyone who reads our reporting, who likes it, helps fund it, our future would be much more secure. For as little as 5 US$, you can support Side-Line Magazine – and it only takes a minute. Thank you. The donations are safely powered by Paypal.
Tags: Jimmy Urine, Mindless Self Indulgence