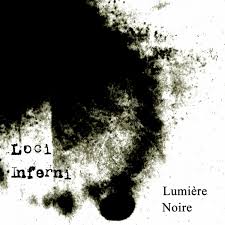 Content: The opening track from the work will get you in its grip for nearly 15 minutes. It’s a pure dark-ambient format, which might remind you of Raison d’DÊtre because of its global tormented atmosphere and the monk chants. The track was accomplished by a kind of possessed (sampled) vocals, drones and overwhelming noise waves. The next cut moves on a similar way, but without a similar sensation. The last cut brings the tormented sphere hanging over this work to its apotheosis by crying children creating a sensation of total despair.

+ + + : The opening track “Acte 1” is a true masterpiece. This cut has been meticulously and patiently accomplished with different elements, which all together create an impressive, disturbing sensation. The work is visual evoking feelings of loneliness, but mainly terror.

– – – : The opening cut brings the listener to a real climax while the next cuts never reached the same level. I personally prefer to get the climax at the end of the record, but is this a reason to complain?

Conclusion: Loci Inferno is a great newcomer and I especially refer to the opening piece, which is a brilliant dark masterpiece. This is a band to keep an eye on, but there’s some genius in this project.