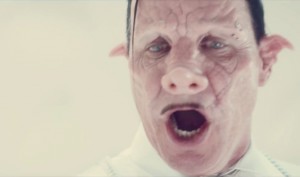 Lindemann will release their debut album “Skills In Pills” on June 23 via Warner Bros. Records in the U.S., following a European release on June 19. The album is available here on CD and vinyl

. A super deluxe version featuring an 80-page coffee table book and CD with a bonus track is available right here via Amazon.de

Like the video? Let us know in the comments.