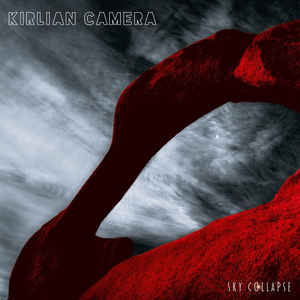 Background/Info: Italian duo Kirlian Camera has their new album “Hologram Moon” in the pipeline. They released this 4-tracks EP as a teaser. The title song is featuring a version together with guest singer Eskil Simonsson from Covenant.

Content: “Sky Collapse” is a real strong song, maybe the most danceable Kirlian Camera song in their long history. It’s carried by a solid and danceable kick, a body-pop bass line, heavenly strings and Elena Alice Fossi’s sensual timbre of voice. The song is not what I would call a typical Kirlian Camera song and even reminds me of Covenant.

And that’s probably not of a coincidence as Eskil Simonsson is singing in duo with Elena on the other version while the more you listen to the track the more it will remind you to Covenant’s “We Dance Alone”, which by the way is a song both singers already performed together on stage.

Both other cuts are more into the traditional Kirlian Camera style.

+ + + : “Sky Collapse” –and especially the duo with the Covenant’s singer, is a genius piece of music. It’s a beautiful and styled song mixing elements of pop with heavenly strings and a darker EBM flavor on top. I especially enjoyed the evasive lead of the song. “Sky Collapse” also brings 2 great singers and performers together. “Sky Collapse” is not the most original Kirlian Camera song in history, but it could for sure become one of their biggest hits!

– – – : I just regret “Sky Collapse” sounds a bit like a reworked version from Covenant’s “We Stand Alone”. But if it’s okay for Covenant and all fans of both formations, who am I to complain!?

Conclusion: “Sky Collapse” is a real strong appetizer to welcome the new Kirlian Camera album. This is a great EP!