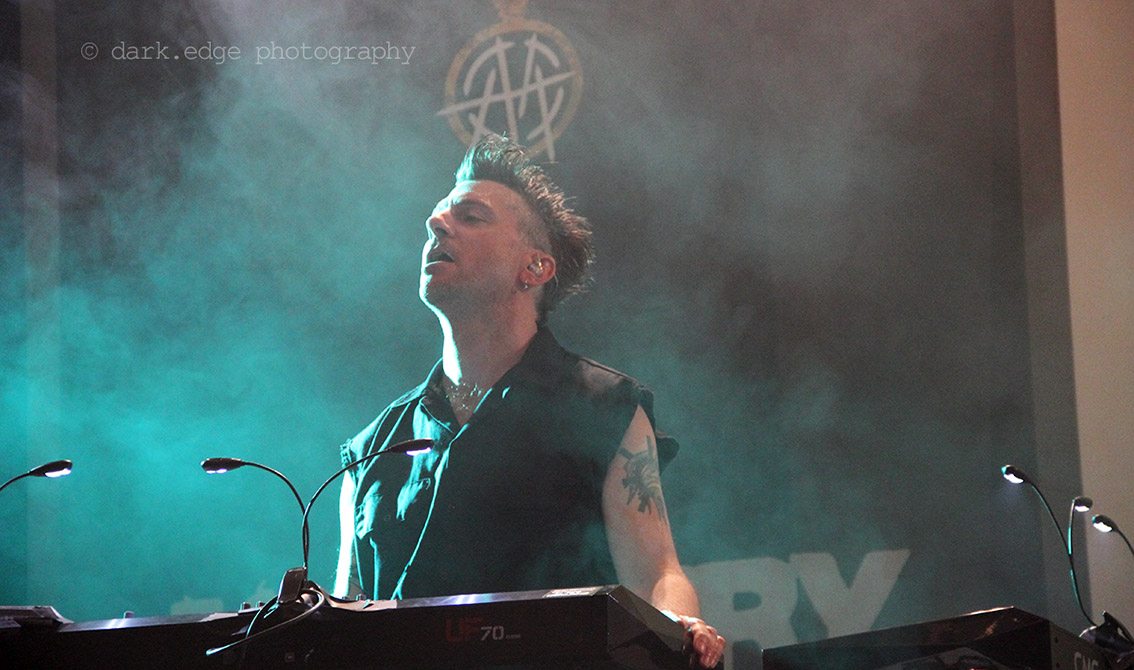 John Bechdel is known as “the invisible man on the keys” for many bands, mainly industrial-metal acts, like Ministry, Prong, Fear Factory, Killing Joke, Murder Inc, Ascension Of The Watchers and False Icons.

Framed as a “day-in-the-life” of 36-hours on tour in Ministry from the meet & greet before playing The Fillmore in D.C. to leaving New York City after playing Irving Plaza, this documentary is a thrill ride through the life of John, those in and connected to his life and career; the world travelers and those behind the scenes.

The dvd is directed and produced by Darryl Hell for s6k Media and Furnace Records and can be ordered here soon! The digital download will be available on May 19, 2018. A special issue 3-dvd set will be released on August 23, 2018 as well.

Since you’re here … … we have a small favour to ask. More people are reading Side-Line Magazine than ever but advertising revenues across the media are falling fast. And unlike many news organisations, we haven’t put up a paywall – we want to keep our journalism as open as we can. So you can see why we need to ask for your help. Side-Line’s independent journalism takes a lot of time, money and hard work to produce. But we do it because we want to push the artists we like and who are equally fighting to survive. If everyone who reads our reporting, who likes it, helps fund it, our future would be much more secure. For as little as 5 US$, you can support Side-Line Magazine – and it only takes a minute. Thank you. The donations are safely powered by Paypal.
Tags: fear factory, industrial-metal, john bechdel, Killing Joke, Ministry, Pigface, prong