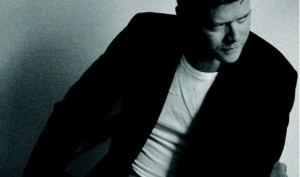 Out by the end of June in a very limited edition of just 500 copies, but available here already for ordering, is “Like Before”, the new solo album for Johan Baeckström (the mastermind behind Swedish synthpop act Daily Planet). On this solo album, Johan Baeckström showcases his skills as songwriter, producer and singer (a mix between Morten Harket and Andy Bell comes to mind). The material itself has some ingredients taken from early work by such bands as Yazoo, Erasure and Depeche Mode permitting Baeckström to render 11 electropop songs.

Recommended release, limited to 500, so make sure to get yours now.

Since you’re here … … we have a small favour to ask. More people are reading Side-Line Magazine than ever but advertising revenues across the media are falling fast. And unlike many news organisations, we haven’t put up a paywall – we want to keep our journalism as open as we can. So you can see why we need to ask for your help. Side-Line’s independent journalism takes a lot of time, money and hard work to produce. But we do it because we want to push the artists we like and who are equally fighting to survive. If everyone who reads our reporting, who likes it, helps fund it, our future would be much more secure. For as little as 5 US$, you can support Side-Line Magazine – and it only takes a minute. Thank you. The donations are safely powered by Paypal.
Tags: Daily Planet, Johan Baeckström