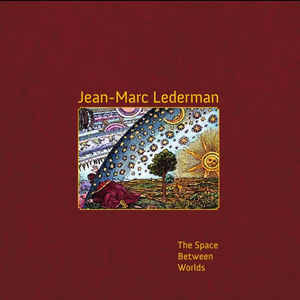 Background/Info: Jean-Marc Lederman is one of those Belgian electronic pioneers belonging to the collective memory. We all remember him for his involvement in The Weathermen while more recently he took the electro community by surprise being part of Ghost & Writer. Lederman now gets back to solo-experiments under his own name. It’s the second full length, which has been released 2 years after “The Last Broadcast On Earth”.

+ + + : This is a side of Lederman’s talent we’re not used to hearing. Experimental music always is more ‘difficult’ to understand, but what I’ve understood or just felt is the fascination of the artist for sound- and noise creation. It sounds abstract, but features refined treatments and crystalline bleeps. It also is a diversified work, which also features orchestral arrangements and even some jazzy influences. If you don’t know it’s Jean-Marc Lederman, I can assure you it’s quite difficult to recognize who’s hiding behind this work. It simply reveals the open-minded vision of the musician.

– – – : This album is not the most accessible piece of Jean-Marc Lederman. I don’t have the feeling he did it to conquer a wider audience, but just for the pleasure of exorcising some old sonic demons.

Conclusion: I can’t say I’m wild of this album and I’m not sure this album would get a lot attention if it was not Jean-Marc Lederman operating behind the machines. But it’s an artist of many talents and dealing with multiple influences. Let’s say this is the abstract side of his music genius.

Best songs: “The Man From Oslo”, “Enter The Dragonette”, “The dark Frontier”.