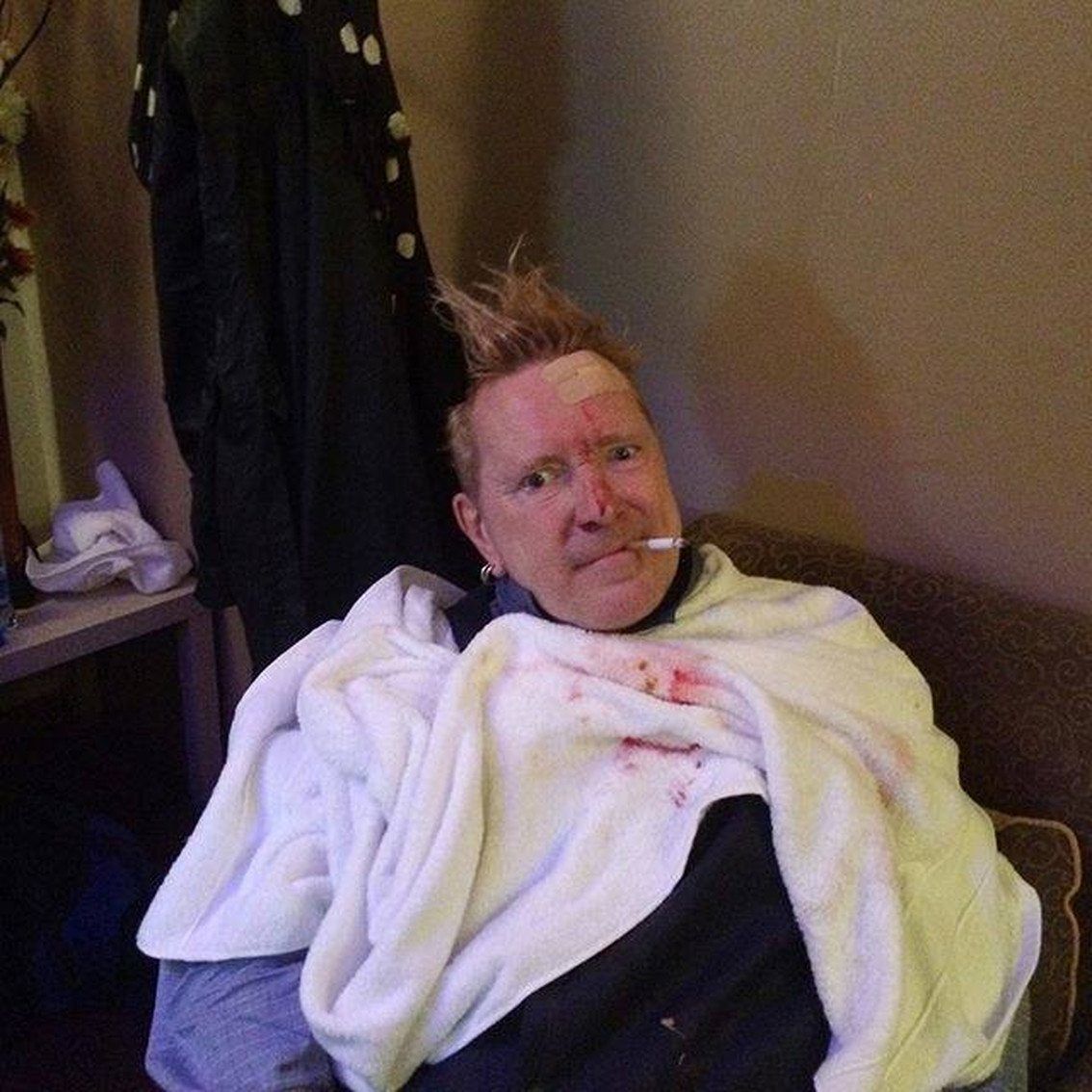 A video has surfaced from the August 14 attack on Public Image Ltd frontman John Lydon at a concert in Chile.

PiL were playing at the Club Blondie in Santiago (Chile) when a bottle was thrown by someone in the crowd near the front. Fans attacked the culprit after which Lydon had to shout “Leave him” to get the fan from being lynched. The band soon after restarted the show.

Former Sex Pistols vocalist Lydon later on posed for a picture with a plaster on his forehead, a bloodstained towel and a cigarette in his mouth. All well so it seems.

Here’s footage filmed of the glass attack in which you can also see how the audience ‘sorted out’ the guy who almost ruined the gig.

Since you’re here … … we have a small favour to ask. More people are reading Side-Line Magazine than ever but advertising revenues across the media are falling fast. And unlike many news organisations, we haven’t put up a paywall – we want to keep our journalism as open as we can. So you can see why we need to ask for your help. Side-Line’s independent journalism takes a lot of time, money and hard work to produce. But we do it because we want to push the artists we like and who are equally fighting to survive. If everyone who reads our reporting, who likes it, helps fund it, our future would be much more secure. For as little as 5 US$, you can support Side-Line Magazine – and it only takes a minute. Thank you. The donations are safely powered by Paypal.
Tags: Chile, John Lydon, PiL, sex pistols