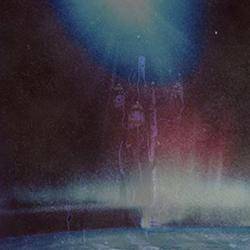 Content: There’s not much information available about Ghost Against Ghost, but this EP clearly appears to be inspired by music for soundtracks.

“Checkpoint Charlie, Pt.1” takes off with heavy orchestral arrangements while carillon sounds and violin passages are joining in. I didn’t exactly expect to discover some vocal parts, but they rather seem to have an accessory role. This opening cut progressively evolves towards an overwhelming and pure cinematographic apotheosis.

“Checkpoint Charlie, Pt.2 The Descent” coming up next appears to be darker and mysterious, but it mainly sounds like pure drama in sound. Both last cuts are “Radio Edit”-s, but which musically remains identically the same. It here concerns two different mixes of “Checkpoint Charlie, Pt.1”. The “Contact”-version is pretty similar to the original version while “Eye Light” sounds like an extra part and apotheosis to the “Contact”-version. You get a little bit of the impression that both songs are like one.

Conclusion: I can’t say that I’m totally wild about this release, but it’s an enjoyable ambient work.