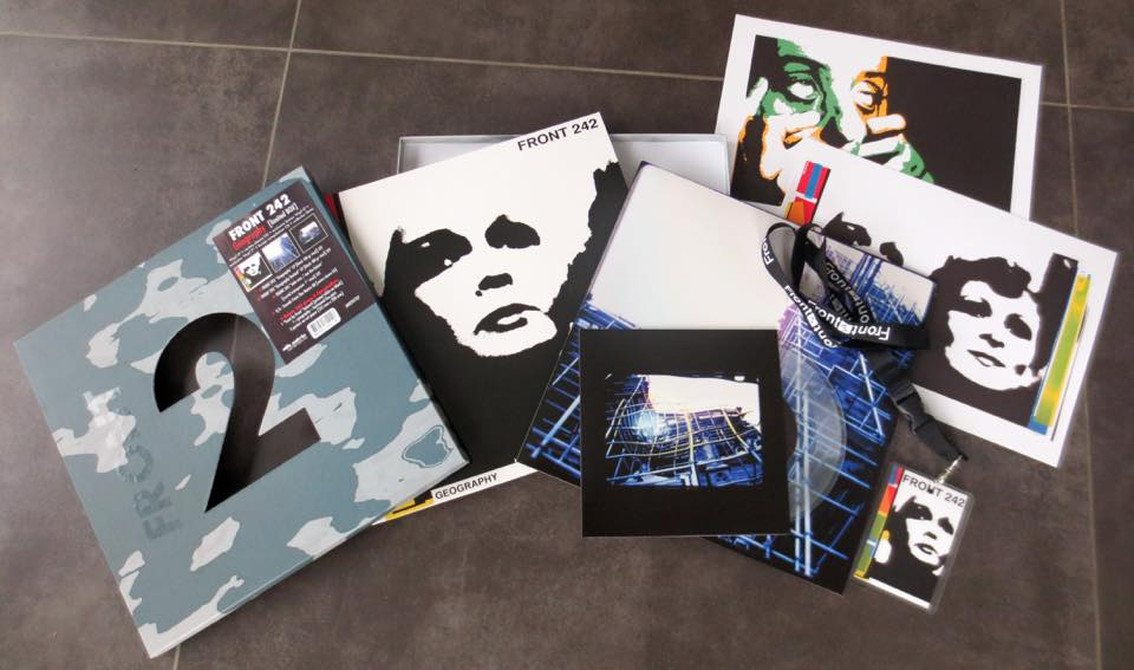 Those who follow us on Instagram have been treated exclusive news in the past few days with teasers and pictures from what is now already a historical release: Front 242’s “Geography” album in a super deluxe boxset with loads of extras. The “Geography” anniversary collector box is strictly limited to 1242 copies, sold out is really sold out, and we advise you to pick up your copy right now from the online webstore of Alfa Matrix which also issued the “<Filtered> Pulse” boxset earlier on.

The vinyl sized limited boxset holds plenty of material and you can see below:

The next, and final boxset in this trilogy, will be “No Comment + Politics Of Pressure” of which the details will be announced pretty soon.

Next to the boxset, Alfa Matrix also releases 4 vinyl version of the album in 4 different colours (blue, red, yellow and crystal transparent), all limited to just 242 copies (you can order these here). Also here: sold out = sold out! A carton sleeve CD version of this album is also included in each vinyl with 3 bonus tracks: “Ethics”, “Principles”, “Body To Body”.