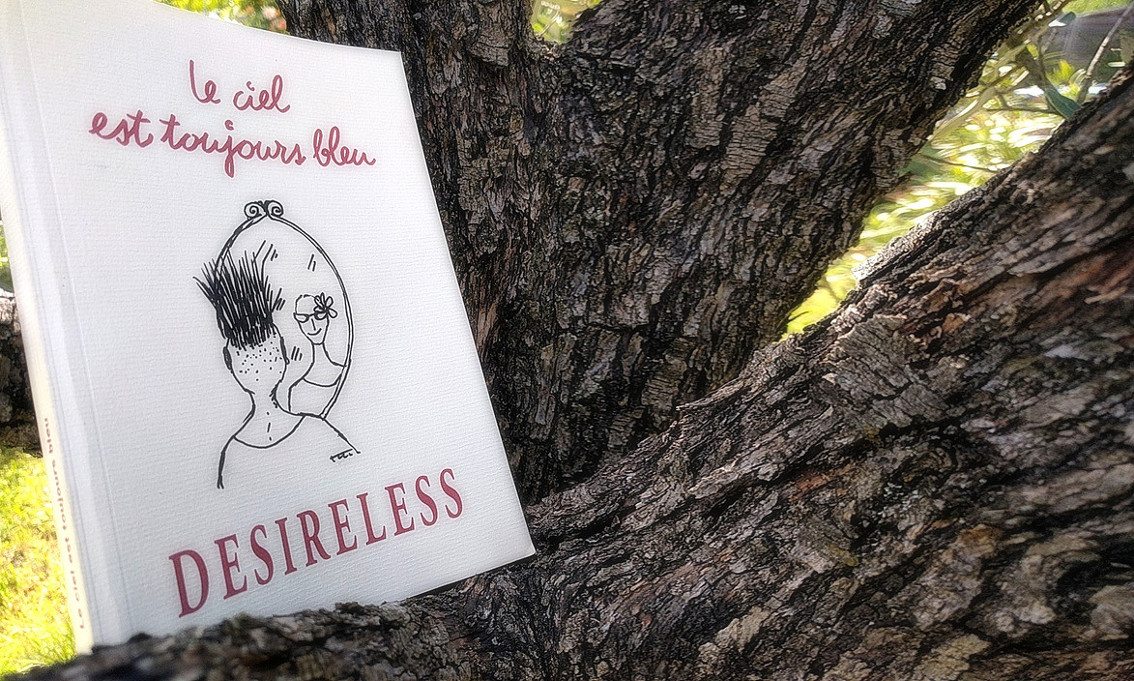 “Le Ciel est toujours Bleu” is the very positive title of the book debut by the French electro pop poet Desireless (who rose to cult fame with her eighties hit “Voyage, Voyage”. The book itself give a better insight in who the woman behind Desireless (real name Claudie Fritsch-Mentrop) really is.

Born in Paris on 25 December 1952, Desireless worked as a stylist (she even launched her own couture label ‘Poivre et sel’ with Claude Sabbah) before turning to music in the mid-eighties when she meets up with producer Jean-Michel Rivat ( Joe Dassin, Michel Delpech, France Gall, and Patrick Juvet). In 1990, the birth of her daughter Lili made her decide to leave the show business before returning in 1994. In short, little is really known about this very interesting artist and hopefully the book will be able to appease your appetite!

Here’s a tongue-in-cheek video by Desireless for her book – which is in French only. You can order the book right here.

Since you’re here … … we have a small favour to ask. More people are reading Side-Line Magazine than ever but advertising revenues across the media are falling fast. And unlike many news organisations, we haven’t put up a paywall – we want to keep our journalism as open as we can. So you can see why we need to ask for your help. Side-Line’s independent journalism takes a lot of time, money and hard work to produce. But we do it because we want to push the artists we like and who are equally fighting to survive. If everyone who reads our reporting, who likes it, helps fund it, our future would be much more secure. For as little as 5 US$, you can support Side-Line Magazine – and it only takes a minute. Thank you. The donations are safely powered by Paypal.
Tags: Desireless