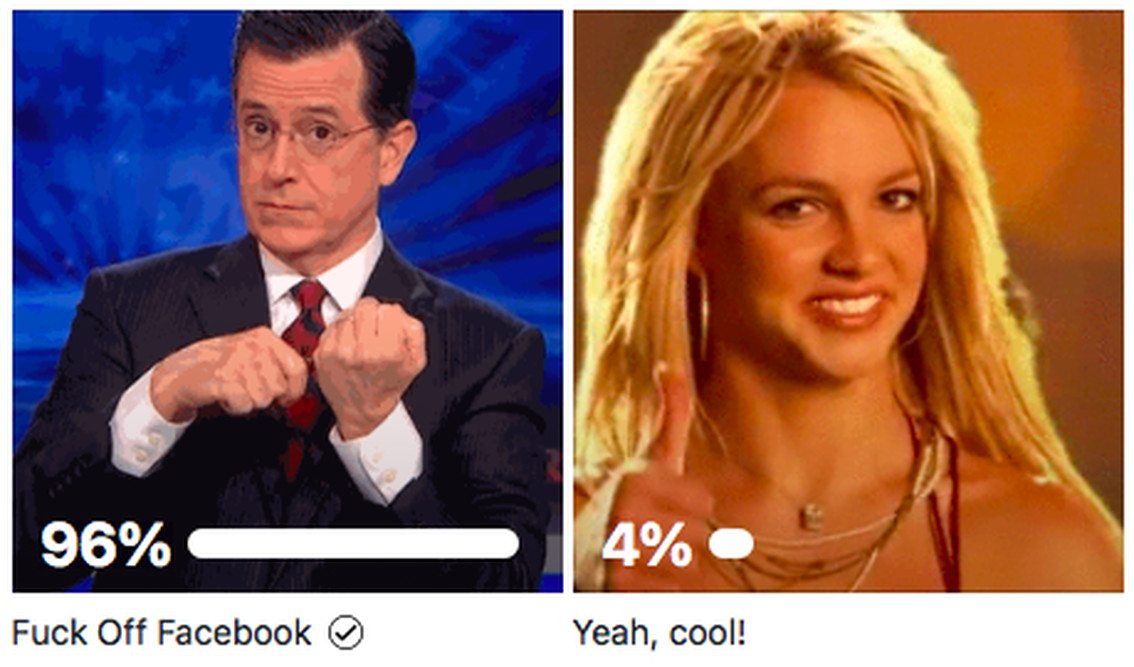 Update: For your info, just for the joke of it we planned to promote this article heavily on Facebook using a sponsored post… but guess what:  Facebook refused to accept the promotion.

The new page reach scam by Facebook (you can read all about it in this article: ‘Facebook has officially killed page reach‘) is not very well received by page admins and followers of those pages. But there is some good news, you can go around their ‘ban’, something which we explain below.

For those who still doubt, at Side-Line we did a poll on Facebook (polls are not that limited in reach, for now that is) where we asked the following: “Facebook wants to charge Side-Line Magazine 870 Euro per post update so we can reach the 52.000 people following the page… What do you think?”. You could choose between a) Fuck Off Facebook or b) Yeah, cool!. The results so far: a 96% fuck off to Facebook and 4% who have a liking for Britney Spears (totally understandable of course).

In case you still want to cast your vote as well:

And now the good news, in order to keep on getting our news in your newsfeed, there is just one simple thing you need to do.

The operation is the same on the desktop and mobile version of the social media monopolist. Below is a screenshot of how to proceed. 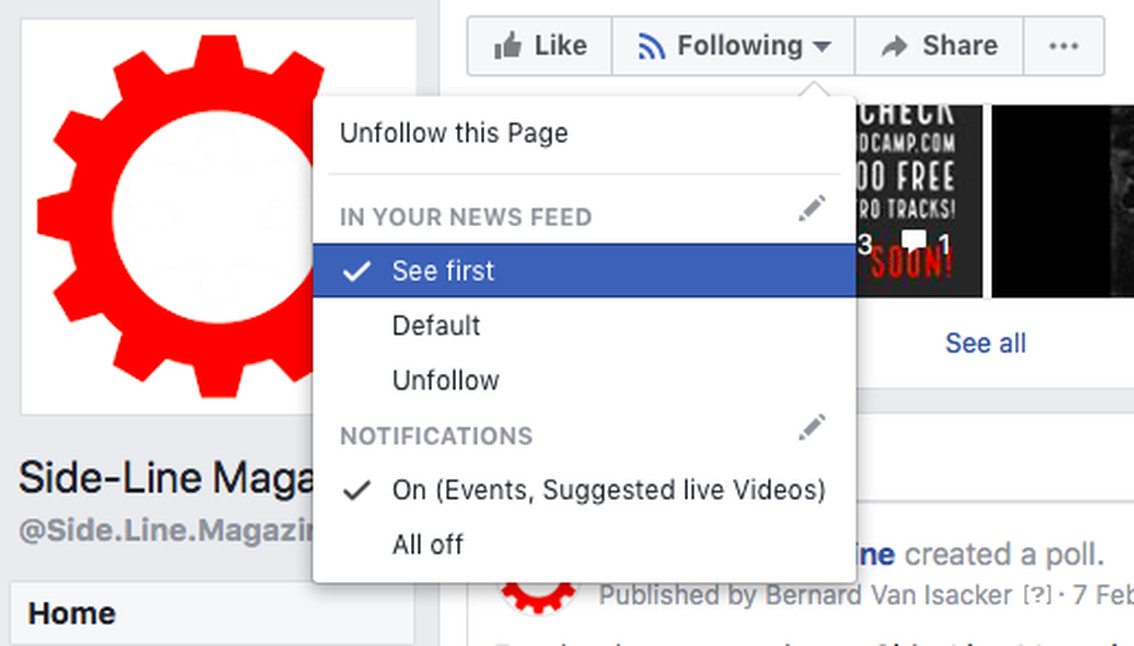