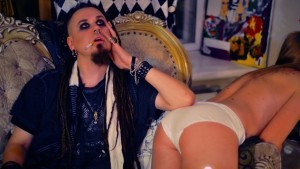 Estonia has a string of good industrial bands on offer. One of the best known surely is Freakangel, but Estonian industrial artist Evestus is also getting more and more in the picture outside Estonia. He now releases the first song (and video) from his upcoming album “All Goes Black” (due in spring 2016).

The album will have a grunge influenced industrial rock sound of the 90s so Evestus says. Expect heavily distorted vocals, dito guitars and metallic sounding rhythms. Recommended to fans of 90s Ministry and Nine Inch Nails.

“Watch You Leave” was the last song written for the new album. Evestus has been writing and recording the new material since January 2015, setting up studio in North Europe, Estonia. Below is the video.

The Evestus project was launched in 2004 with the first album “Destiny in Life”. That album was basically just piles of loops and samples from movies and cartoons such as “Fight Club”, “Airheads”, “The Nightmare Before Christmas”, “The Maxx”, “Invader Zim” and others. But it did have enough twists in it to convince Canada’s D-trash records to sign the project. 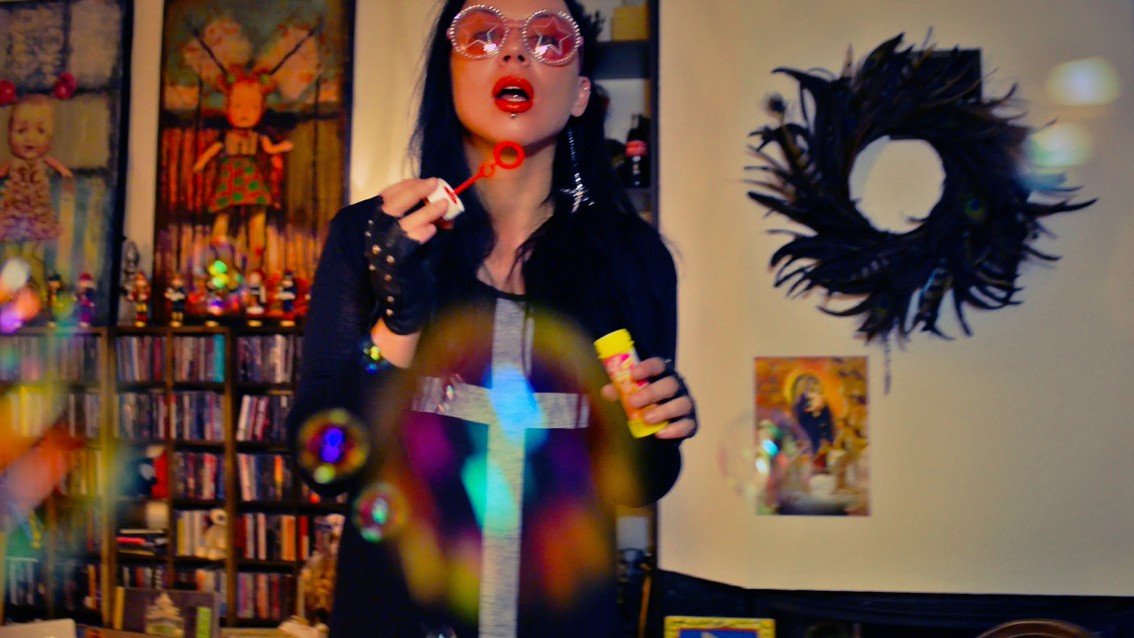 A second album , “Wastelands”, followed and featured hints of raw industrial soundscapes mixed with classical instruments and even a bit of dixieland jazz. 2 years later he released the single “Sacrifice”. The single was so well received that he landed a gig at MTV Estonia’s birthday party, supporting Kerli. Evestus got literally one week notice to put together a live band for the opportunity. The result was Georg Gurjev on keyboards, Ricardo Guerilha on 1st guitar, Jan Talts (former Solwaig) on 2nd guitar, Tanya M61 Vulcan on percussions and from Estonian National Symphonic Orchestra – 4 cellists (also known as C-Jam Cello Quartet) on 4 cellos.

2010 saw “This Is Dramacore” being released, the third album from Evestus. It wasn’t released via D-trash records as the new material was a little too ‘rock n roll’ for them. 2012 saw the “No God” EP being released.

The last record to date from Evestus is the 2014 released “No God : Dissecting Faith” , a remix/rarities album including remixes by Freakangel, Chaos Royale and i! (Armalyte Industries).

Since you’re here … … we have a small favour to ask. More people are reading Side-Line Magazine than ever but advertising revenues across the media are falling fast. And unlike many news organisations, we haven’t put up a paywall – we want to keep our journalism as open as we can. So you can see why we need to ask for your help. Side-Line’s independent journalism takes a lot of time, money and hard work to produce. But we do it because we want to push the artists we like and who are equally fighting to survive. If everyone who reads our reporting, who likes it, helps fund it, our future would be much more secure. For as little as 5 US$, you can support Side-Line Magazine – and it only takes a minute. Thank you. The donations are safely powered by Paypal.
Tags: Evestus