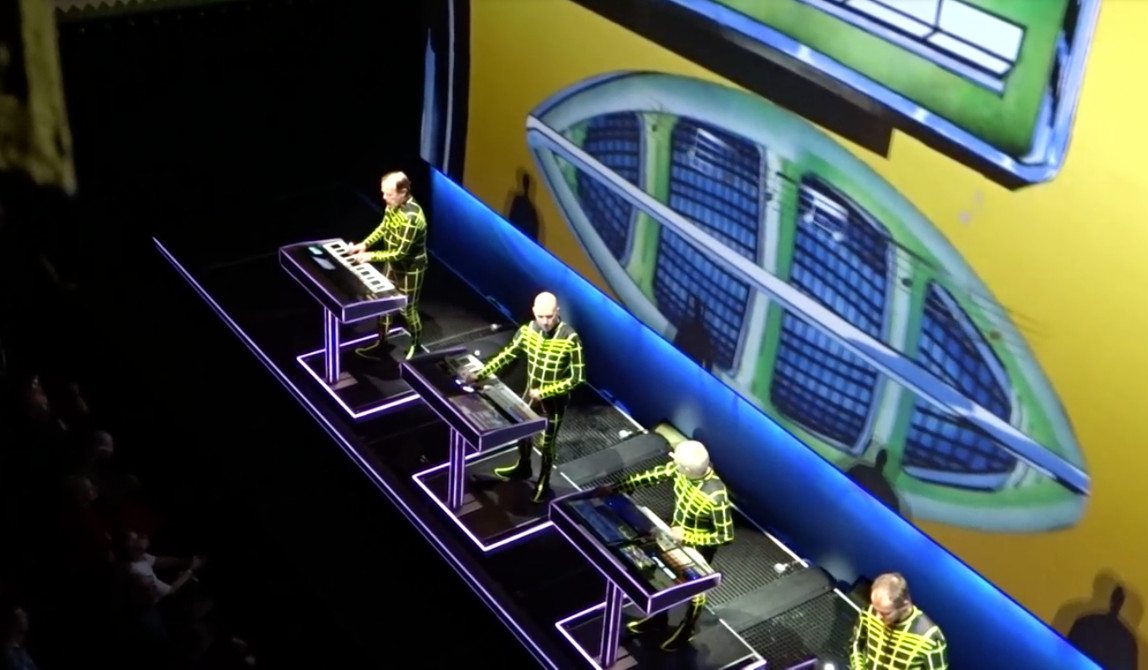 A video on YouTube, filmed at the Amsterdam club Paradiso (back in 2015), is picking up steam again as it is being shared a lot lately. It shows Kraftwerk playing “Trans Europe Express” and more precisely zooms in on what the 4 Kraftwerkers are doing behind their keyboards. And that’s not exactly what many will think.

The current members of Kraftwerk are Ralf Hütter (the only remaining founding member when the band started in 1970), Fritz Hilpert (1989–present), Henning Schmitz (1991–present), Falk Grieffenhagen (2012–present). The latter is a live video technician and you’ll see some of his work below.

Discover it right below: