Eurorock 2015, the industrial Woodstock – a behind the scenes report 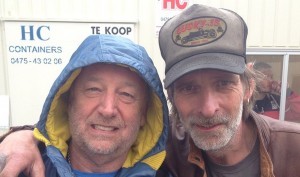 Update 2: This is how I lived the whole thing as a contracted spokesman, it is no representation of the organisational structure and / or errors that might or might not have happened. Further investigations (by the police) will have to unravel what really happened there.

Update 3: The News Monkey article holds a string of lies and insinuations which are beyond gutter journalism. They have refused to accept documentation which debunks all of their claims regarding me.

It was (not so) surprising that the mainstream media, which never wanted to report on the Eurorock festival before, let alone announce it, suddenly found the time to act as real vultures and shred the festival completely to pieces (including spreading completely bollocks news) after it faced problems on Saturday morning. Only TV Limburg and Het Belang Van Limburg have been correct from day 1 plus the people from één who just mailed me to thank me for the collaboration.

Since a lot of the info spread on Facebook and on so-called professional news blogs is completely false, I wanted to give you some real inside info since I have been on the terrain for the complete 3 days acting as a hired spokesman for Eurorock (although it’s far from sure I’ll be paid too). I must say that this was one hell of a job to do, since it had all the ingredients to make it a real interesting one especially drama.

I was informed early Saturday morning – while Lovelorn Dolls were playing – that money had been stolen (I got a real déjà-vu because this happened also 14 years earlier so I knew instantly how this would be spun by some media). That money had not been there overnight like all media seem to suggest, it had just arrived, was Rudi’s private money and not of the sales, and had immediately been put in a sealed of metal hub. There were maximum 20 minutes between putting the money there and it being stolen. When speaking to Rudi Donckers, the organiser of the festival, I noticed he became paler and paler as time progressed after the discovery of the 45.000 Euro (I was first told 75.000 euro, then 45.000 euro) being stolen until I told him to go to the first aid post to be taken care of. He was immediately rushed to hospital as the signs he showed were very alarming.

Rumours that Rudi faked his illness are utterly false. He is right now in hospital and his condition is pretty serious and will be undergoing heart surgery probably later today. Sure thing is that he won’t be home anytime soon and I wish him all the best. Although the theft had only been told to some people – it had only happened few minutes before – I suddenly got a phone call from a newspaper which had been tipped of (probably by someone in Rudi’s organisation). They were asking what happened. From then on the news started circulating pretty fast and my phone was ringing like mad. I did a couple of very short interviews with some newspapers and told them that we were looking for a solution. Never trust the press of course, because soon some newspaper started spreading that Killing Joke, a headliner, had canceled. Complete nonsense of course, but this had an immediate impact on the ticket sales as I saw people leaving that were there to buy a ticket.

With Rudi rushed off to hospital, the organisation was beheaded as he was the key person in the festival so I noticed pretty soon. In order to avoid a complete chaos, it was decided together with the police to go for a fade-out scenario where volunteers and contracted people at the festival such as me and several other people working backstage would step in as new organisers together with the stage managers. The idea was to see how many bands would still be playing live and which wouldn’t and try and make the festival running for a limited time. The security people and the police had a talk and it was arranged they would stay until the festival was over so that the safety of the people on the ground would be guaranteed. My first work there now was to inform the public that we had practical issues that would force us to halt the festival for an hour, time we needed to get a new line-up sorted out. 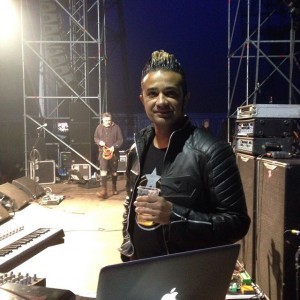 However, after having talked to several bands (I think I have never seen such a fast negotiation round happening on a festival), it became clear that many were willing to play after all, because they either had been fully paid, or because they had already received a partial payment or because they just wanted to play for free (such as Legend). Good to know, Der Klinke, and many other bands that hadn’t been booked for the festival even offered to play for free while Lovelorn Dolls – who hadn’t been paid either – even wanted to play again in case that would be needed. The only thing left to do was to get the bands lined up in a way that they would make it back on time to catch their plane etc.. It took some hard persuasion to get some bands to agree, but in the end we succeeded in getting a line-up ready that would last until 2:00 AM at least.

In between this negotiating I announced the bands that would play for sure at the festival. While I can’t speak out on why The Neon Judgement didn’t play, I haven’t got enough information on that, I know that Front 242 had already invested a lot of money to get their crew and back line together and would have lost another few thousands just to make it happen. I can completely understand they said no and also find it very unfair that they are now publicly scapegoated by the press as being a Belgian band unwilling to play while foreign bands played. The only band which really caused us a huge pile of scheduling problems were FOTN who went to sell their merchandise on the festival market (and where they told festival goers that the band was to play as is revealed now thanks to various testimonies) but in reality they ended up saying no, probably after having sold enough merchandise. 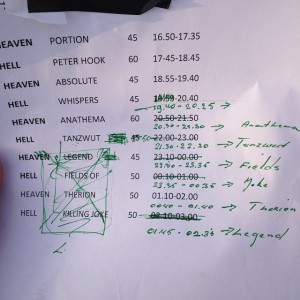 Here’s a quick look on how we were shifting lineup all the time at Eurorock . Note that the FOTN were still ok then until McCoy said no while the rest of the band wanted to play.

The truth is that only a few acts like Legend (although they didn’t play due to the very late hour), Lovelorn Dolls, The Dallas Project, The Juggernauts, Asrai, Lescure 23, Whispers In The Shadow and even Tanzwut played completely for free. The rest like Peter Hook, Anathema, Therion, Killing Joke or ABC had been partially/completely paid. Some were a bit more willing than others though. For instance both Anathema and Killing Joke (editor’s note: thanks to Live Nation which intervened too to make sure they’d play) immediately suggested they would prolong their set and bring either more songs (Anathema) or extended versions (Killing Joke) without nagging too much about the rest of the money. Also, Peter Hook’s backline was used so that Anathema and Therion could play.

At the moment of posting this I have over voice 100 messages on my phone from the press, a few more interviews lined up and so on. Before the festival only a few journalists bothered to contact me. Drama sells, unfortunately. But one thing is sure, when the shit hits the fan, you quickly see who really is loyal and who wants to run away avoiding all responsibility. From my perspective, that of being a contracted spokesman, this was a unique experience.

Extended thanks goes to the other people who saved it for the festival public: Jelle, Maarten, Riet, Philip Lievens, Bart, Danny, Serge, Johan, Mark, Lisa, Sabine, the local police and all the others I don’t know the name of.