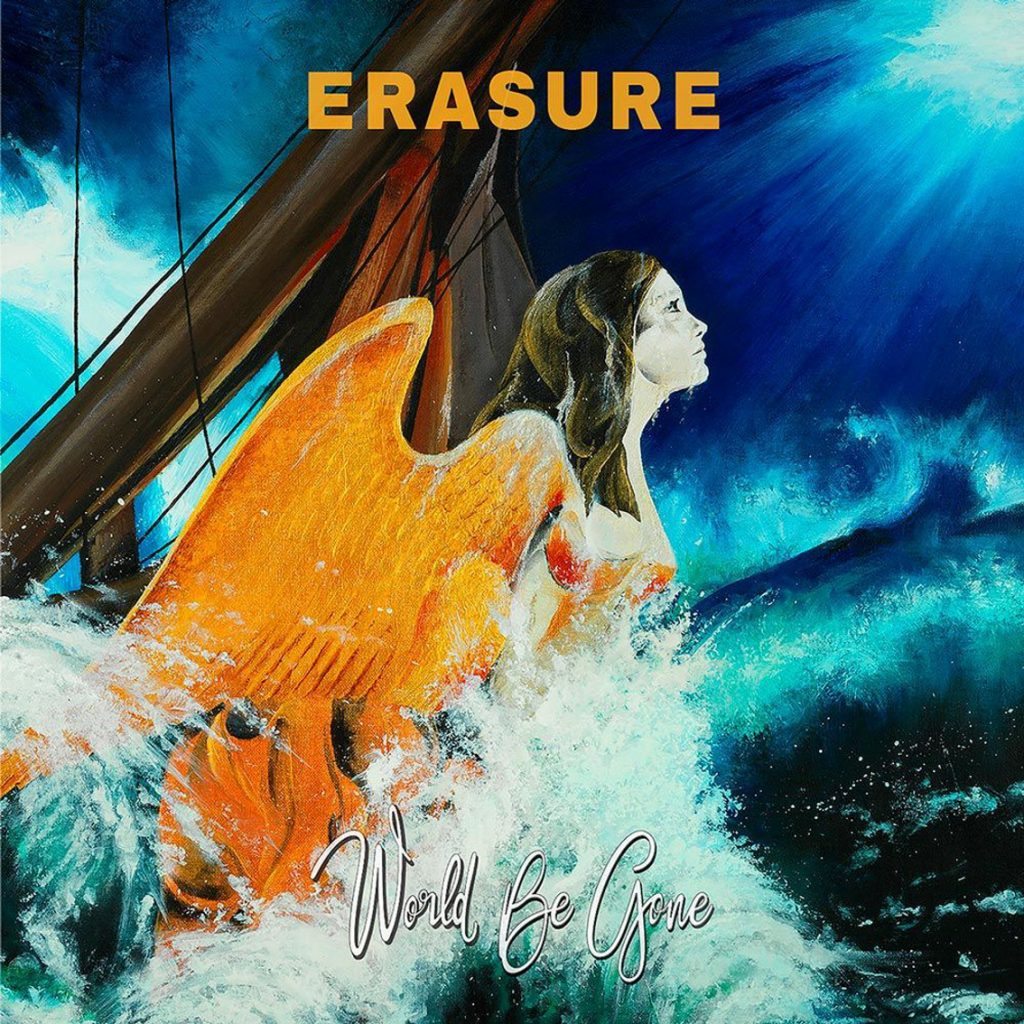 Andy Bell and Vince Clarke aka Erasure will release their 17th studio album, “World Be Gone”, on 19 May 2017 (and it must be said it holds some great cover artwork). “World Be Gone” is the follow up to 2014’s “The Violet Flame”, and follows the band’s recent 30th anniversary celebrations.

Their new album sees the duo in a more reflective mood. Explains Vince Clarke: “Obviously the current political climate lends itself to lots of ideas.” Andy Bell continues: “I think there’s an under-swell of opinion, and people are slowly waking up. I’m hoping that people will take the album in a positive way, that they’ll use it as optimistic rabble-rousing music.”

Since you’re here … … we have a small favour to ask. More people are reading Side-Line Magazine than ever but advertising revenues across the media are falling fast. And unlike many news organisations, we haven’t put up a paywall – we want to keep our journalism as open as we can. So you can see why we need to ask for your help. Side-Line’s independent journalism takes a lot of time, money and hard work to produce. But we do it because we want to push the artists we like and who are equally fighting to survive. If everyone who reads our reporting, who likes it, helps fund it, our future would be much more secure. For as little as 5 US$, you can support Side-Line Magazine – and it only takes a minute. Thank you. The donations are safely powered by Paypal.
Tags: Andy Bell, Erasure, Vince Clarke