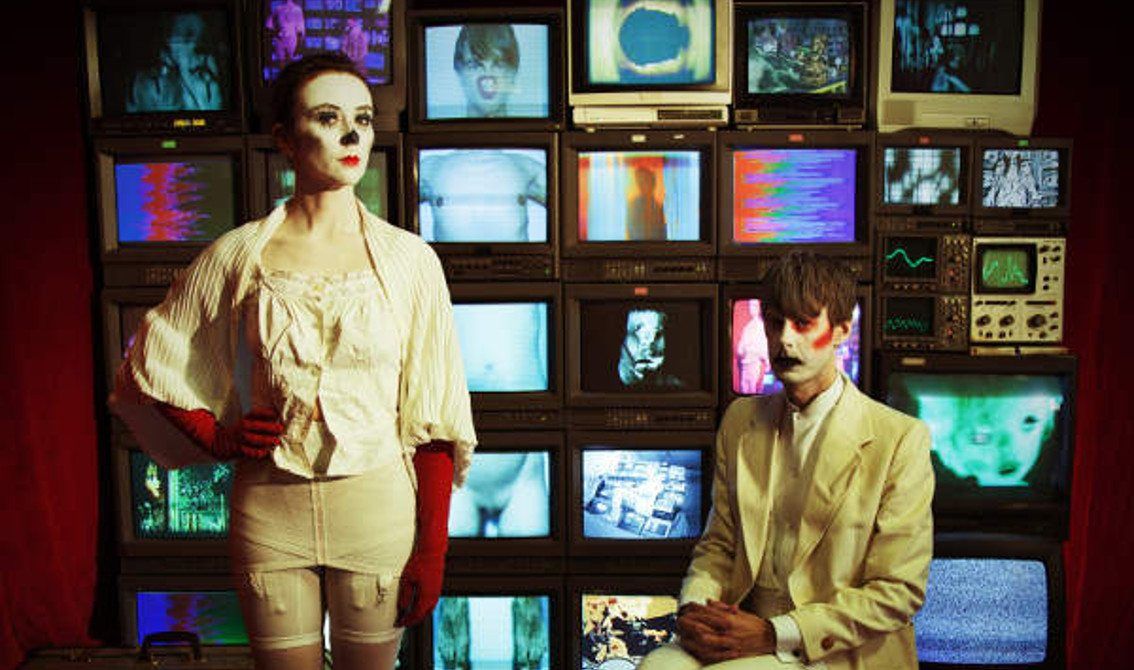 Here’s an interesting collaboration. The Swedish act My God Damn Territory, a duo (Kajsa Olofsson and Mark Kjahart Pettersson) from Stockholm which started out as a lo-fi indie band, has joined up with Swedish electronic pop pioneer Eddie Bengtsson (S.P.O.C.K, Page, Sista mannen på jorden). Bengtsson transformed 10 My God Damn Territory songs into indietronica versions and these have ended up on the “Kasjer und Marit” album, an album which has gotten a vinyl release only – you can order your copy right here.

For those unfamiliar with Eddie Bengtsson, he is THE electropop pioneer from Sweden. He formed Sweden’s influential electropop act Page in 1980 together with Marina Schiptjenko with whom he quickly gained underground cult-status releasing many singles such as “Dansande man”, “Som skjuten ur en kanon”, “Blå fötter” and “Som en vind”. Page influenced many subsequent Swedish synthpop acts, including Elegant Machinery, KieTheVez and of course the acts S.P.O.C.K and Sista Mannen På Jorden in which Bengtsson played an import role as co-founder.

The album ”Kajser und Marit” is exclusively available on vinyl right here. Here are 2 tracks to show you how that collaboration exactly sounds like: