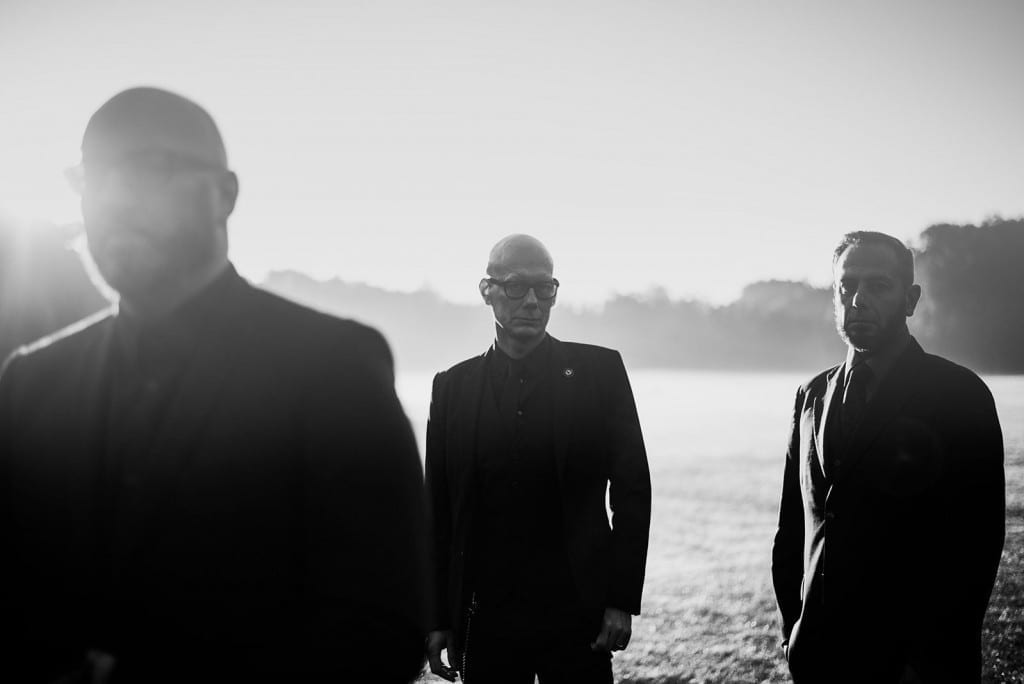 (By our Norwegian correspondent Jan Ronald Stange. Photos by ChrisRuiz/www.chrisruiz.de)

The Blinding Dark”, Covenants 9th studio album is to be released November 4th, 2016, and we asked Joakim Montelius about the album and what inspired them to take a step out of their apolitical  stance.

Joakim Montelius: Daniel Myer rejoined the band, so now we’re 5 people: myself, Eskil Simonsson, Daniel Jonasson, Daniel Myer and Andreas Catjar. On “The Blinding Dark” our designer Tobias Green plays bass on “If I Give My Soul” and Catjar’s band mate from Lovac, Erica Li, sings on “A Rider On A White Horse”. So the family is growing.

Musically, I think it’s best to just listen to it, actually. Things have changed, the way they are supposed to do. Covenant’s basic principle is to always evolve: change is the only constant. Personally, I’m very happy with “The Blinding Dark”. It perfectly expresses how we feel in the year 2016.

S-L: With the release of Sound Mirrors you addressed the current political situation in Europe; just a one-time event, or is the whole album in the same spirit?

JM: “Sound Mirrors” is a one-off. Covenant is an explicitly apolitical band. For the single, we made an exception to that rule, simply because we just couldn’t silently stand by and watch. We have a voice and I think it’s our duty to make a statement, given the alarming development the last few years.

The album is much more introspective. Of course, it’s directly influenced by what’s going on around us and inside of us, but we tackle it in a different way. It’s a very dark one, probably the darkest music we have ever made. But it’s not a beaten, sullen darkness. It’s a defiant one.

S-L: … and what do you personally think about the situation? Not just that there are a situation, but can something be done about it?

JM: My personal opinion is that I refuse to stand by and watch as the disgusting, brown ghost of our recent past spreads its filthy hands over the world again. Yes, things are bad in Sweden. Our thin veneer of being the humanist, tolerant Good Guys of Europe is all but vanished. And it’s all over the place: Hungary and Poland are just a bit further ahead of the UK, France, Greece, Austria, The Netherlands, Denmark and Sweden. Even Germany is developing in a similar way. It’s like living in a real-life nightmare when reading the unbelievable polls that seem to indicate that, all of a sudden, a sizeable proportion of the voters are prepared to walk the same path that the Germans took, less than a century ago. The demagogues and the fear-mongers are just repeating the same pattern, they fuel the fires of the same anxieties and they feed on the same ignorance and the outright refusal to look for sensible solutions.

I mean, sure, it is a problem to accommodate and integrate a lot of people from very different cultures. A tiny little fraction of those who seek refuge are obviously radical fanatics who seek to do harm. But shutting people out, refusing to help our fellow humans or work together for solutions is not the way. It’s wrong and most importantly: it will only make things even worse. For us all. And it’s not the intolerant bigots, not the racists, not the scared ones nor the little hard core of seriously bad guys who will make it happen. It can only happen if we let them. So let’s not do that.

Let’s just not let them. That’s VERY important. And it’s definitely not too late. In average, in most European countries, 75-85% of the people are still not seduced by the dark side and we need to keep it that way. And, as far as I see it, the key is to realise that we are all “us”. We have one world, we are one humankind and everything we do have global consequences. We must open up, not lock ourselves in. Even if it’s scary. 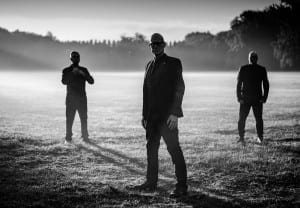 Get your own CD copy, or the deluxe 2CD version featuring the “Psychonaut”, or the limited edition vinyl before seeing them live at these places at The Blinding Dark Tour (with Special Guests FADERHEAD + ISZOLOSCOPE):

Since you’re here … … we have a small favour to ask. More people are reading Side-Line Magazine than ever but advertising revenues across the media are falling fast. And unlike many news organisations, we haven’t put up a paywall – we want to keep our journalism as open as we can. So you can see why we need to ask for your help. Side-Line’s independent journalism takes a lot of time, money and hard work to produce. But we do it because we want to push the artists we like and who are equally fighting to survive. If everyone who reads our reporting, who likes it, helps fund it, our future would be much more secure. For as little as 5 US$, you can support Side-Line Magazine – and it only takes a minute. Thank you. The donations are safely powered by Paypal.
Tags: Covenant, Faderhead, Joakim Montelius, sound mirrors, The Blinding Dark