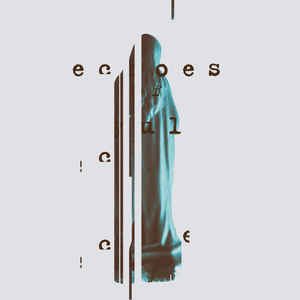 Background/Info: Echoes Of Yul is a Polish solo-project, which released 3 albums thus far. “The healing Sessions” moves back to their previous work “The Healing”, which was originally released on cassette format. This CD format is an opportunity to discover multiple cuts from this original release plus some extras.

Content: Echoes Of Yul mixes different influences with each other. It sounds pretty experimental, but the industrial elements and other ambient atmospheres make the sound more accessible. The experimental approach can be heard in the transformed (sampled) vocals and global sound manipulations. Guitar parts can be heard as well, which are sometimes moving into an apocalyptic sensation. Other cuts are into a cinematographic approach getting the album pretty diversified.

+ + + : This project seems to exorcise an impressive canvas of sonic ideas. I like the bombastic passages leading into apocalyptic music while next moving into ambient and cinematographic parts. The work is rather relaxing at one moment and dark and somewhat freaky at the next moment. The live drums played by a guest drummer on two cuts are once again accentuating the versatile character of the work, but in the end it all remains pretty heterogeneous.

– – – : Echoes Of Yul clearly doesn’t sound as the most accessible work, but it will be for sure a discovery for experimental lovers.

Conclusion: This album is an experiment and the imaginary meeting between Godflesh and Swans working on a soundtrack.