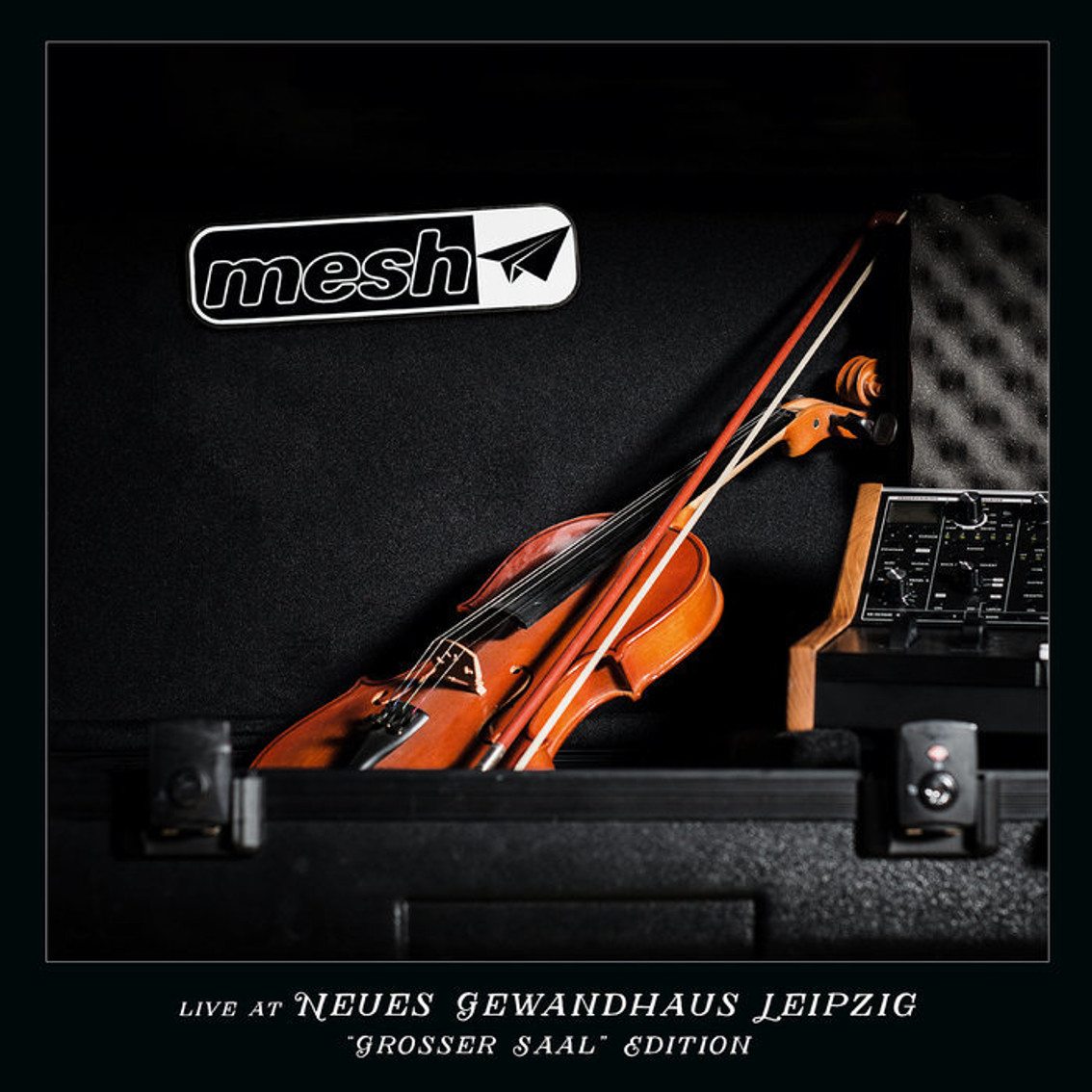 In October 2015 the Bristol based electropop act Mesh played in front of 1.900 attendees at their sold-out concert in the Gewandhaus Leipzig together with a 65-person classical orchestra. The show was part of the “Gothic Meets Classic” live concert series bringing songs in orchestral arrangements.

The five tracks were recorded by sound engineer Jacky Lehmann (Saxon, Schiller) whereas Conrad Oleak was responsible for mix and mastering, and the 5.1 surround sound of the audio DVD of the limited edition. As we reported earlier Mesh also recorded three additional tracks (“There must be a Way”, “Can you mend Hearts”, “Before the World ends”) using a smaller ensemble with piano.

The live recordings are now available on CD, limited edition 180 gram vinyl with gatefold cover and in a box set named “Grosser Saal” edition which you can order right here. The latter includes CD, audio DVD with 5.1 mix and vinyl plus a 48-page hardcover artbook (30×30 cm), a softcover book including the sheet music and a hand-signed and numbered certificate of authenticity. Highly recommended!

The tracks on recorded are “Just leave us alone”, “Only better”, “Save Everyone”, “You couldn’t see This coming”, “Taken for granted”, “Can you mend Hearts?”, “There must be a Way”, “Before this World ends”.

Here’s a video preview as shot by an attendee.