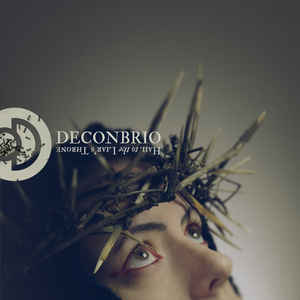 Background/Info: Deconbrio is an American formation driven by the creative spirit of its front man Danny Rendo. The band once started as a solo project, but now seems to have become a real band. After a self-released album (2008) and the official debut full length (cf. “Voyeur”) released in 2012 on Bitriot Records the band signed to Digital World Audio unleashing their newest opus during the end of 2016.

Content: The sound of Deconbrio sounds as a truly synthesis between electronics and guitar. The metal riffs are omnipresent and perfectly fit with the metal-orientated vocals. Most of the songs are driven through rock and metal influences while the electronic side is more in the background although always present.

The last part of the work reveals a few more explicit electronic elements. The song “Silence” reminds me of its electronic melody line to the worldwide dance hit from Push (cf. “Universal Nation”). This song is a kind of electro-instrumental intermezzo and not that entirely representative for the work Deconbrio.

+ + + : Deconbrio is not reinventing any style, but will definitely appeal to all lovers of metal music mixed with electronics. The hard and empowering guitar will for sure catch your attention, inciting some head banging. The vocals are reflecting the expression of a passionate singer. The electronic arrangements are not the main essence of this band’s work although it’s an essential element in the global production while getting more importance on a few cuts, which are my favorite ones. I also want to catch your attention for the impressive digipak format of this album, which is much more than discovering this album on streaming platforms.

– – – : Except a kind of electronic break somewhere in the midst of the work, “Hail To The Liar’s Throne” is not very diversified. That’s not really a main point, but I’m missing some climax –especially during the choruses. I often get the feeling that the songs are missing a few details.

Conclusion: Deconbrio deals with a wordwide renowned sound formula, which doesn’t bring anything new, but stands for the creative exposure of a contemporary crossover formation.