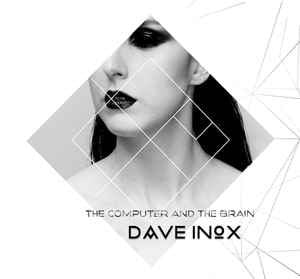 Background/Info: Operating from Barcelona, David Hinojosa aka Dave Inox, has launched his debut full length album. After the promising EP “Danger Signal/MissConceptual” I was eagerly awaiting this first opus.

Content: The main sources of inspiration running through this work bring us back to the magic of early EBM with a more contemporary, dark and minimal touch on top. The songs are carried by solid and dry bass lines. This is the basis of each song, which has been next accomplished with different elements such as cold bleeps, loops and even acid passages.

The album gets back to the previously released EP featuring vocals by HIV+ on one of the cuts. But other artists such as Dirk Da Davo (The Neon Judgement, Neon Electronics) and Vogue Noir are each singing on one song.

+ + + : Dave Inox belongs to this new generation of EBM-wizards, transposing the original body-sound into something minimal and refreshing. I however like the vintage sound treatments running through this work while the bass lines are simply sensational. The familiar “MissConceptual” feat. HIV+ remains the absolute attention grabber. The half spoken half sung Spanish vocals by Pedro Peñas y Robles inject something extra to the song. There also is a great remix of this song by Raul Parra b(another promising Spanish producer). Another essential song is “Quiet Room”.

Conclusion: Dave Inox is not reinventing EBM, but definitely appears to be a talented artist in the newest generation of minimal-electronics.

Since you’re here … … we have a small favour to ask. More people are reading Side-Line Magazine than ever but advertising revenues across the media are falling fast. And unlike many news organisations, we haven’t put up a paywall – we want to keep our journalism as open as we can. So you can see why we need to ask for your help. Side-Line’s independent journalism takes a lot of time, money and hard work to produce. But we do it because we want to push the artists we like and who are equally fighting to survive. If everyone who reads our reporting, who likes it, helps fund it, our future would be much more secure. For as little as 5 US$, you can support Side-Line Magazine – and it only takes a minute. Thank you. The donations are safely powered by Paypal.
Tags: Dave Inox, EBM, Noir