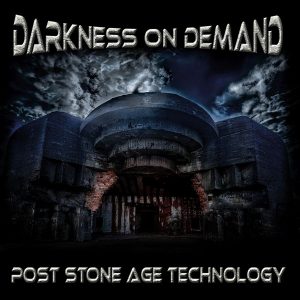 Background/Info: The EP “City Of Dreamers” was an appetizer for the debut full length of the German trio Darkness On Demand. We all know Wagner, Falgalas and Chris L. as members of Dance Or Die (while they of course are involved with multiple other famous projects) while this new band (featuring the same initials as Dance Or Die) is meant to be a new chapter in their career.

Content: The EP revealed a mixture between EBM elements à la Dance Or Die and epic arrangements reminding me of  Winterhart (another project by Wagner and Falgalas plus ‘old’ Dance Or Die-member Heiko Duus). The album is a bit different and only features rare epic influences. The work sounds in the line of Dance Or Die and could have been released under this moniker. It only becomes more intriguing why the trio finally set up a ‘new’ formation.

Anyway, the album will please to the lovers of Dance Or Die. The songs are well-crafted and carried by the charismatic vocals of Wagner. The second part of the work is more captivating. You’ll get a few harder cuts revealing the accomplished composition made of subtle bleeps, beautiful synth parts recovering the songs structure and some hostility emerging from the global atmosphere.

+ + + : Dance Or Die always has been a rather atypical band in its genre and so is Darkness On Demand. This is the logical continuation with some very explicit winks to the past or what do you think of the title “Back To Psychoburbia”, which reminds of the second full length of Dance Or Die entitled “Psychoburbia”. You rapidly notice this album has been composed by an experienced combo of musicians who have created an alluring sonic bridge between 90s influences and contemporary electronics. I like the strings recovering the songs and the easy recognizable bombast of the drum sections. The already familiar EP title-track “City Of The Dreamers” is one of the most noticeable cuts in the beginning of the album, but the best part comes at the end with the title song and “Chain Reaction”, “Believe In Yourself” and “Forever”.

– – – : I was rather surprised after having discovered the EP, which was more like a mix of EBM and epic music and this debut album revealing a more explicit EBM approach. It remains pretty confusing to find the difference between Dance Or Die and Darkness On Demand. This is a cool album, but without ‘the’ absolute hit!

Conclusion: This debut album of Darkness On Demand is covered by darkness and the shadow of Dance Or Die. Only nostalgic fans will complain, but Darkness On demand stands for the future while Dance Or Die remains a legendary band from the past!