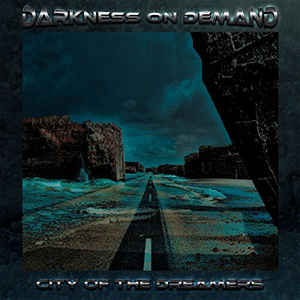 Background/Info:  Wagner, Falgalas and Chris L. is a German trio we all know from Dance Or Die. This formation became one of the hottest EBM and aggro-pop bands from the 90s. It’s now time for a new chapter in the musicians career so they set up Darkness On Demand. This digital EP is a teaser to the album “Post Stone Age Technology”.

Content: I can’t get away from the idea that you’ll recognize some heavy elements reminding you of Dance Or Die. It’s all in the aggressive sequences running through the songs and of course the charismatic vocals of Wagner. There also is an epic touch supporting most of the songs and that’s an element that comes closer to Winterhart (project of Wagner and Falgalas). The title song is a heavy piece of music revealing monstrous sound blasts and heavy kicks like drones. I also noticed tracks revealing a more minimal approach and other passages accentuating the epic part of the band. The opening song is a remix of the title track by… Dance Or Die.

+ + + : Darkness On Demand still has this good-old Dance Or Die spirit, but there also is something new running through the compositions. It’s a mix of EBM and epic/orchestral arrangements. It’s a powerful creation, which fits Wagner’s unique timbre of voice. The title song is cool cut, but there are more interesting songs featured here. I also like the this EP for featuring several songs that will be not be on the album, which makes it much more than simply an appetizer.

– – – : I like most of the songs, but I can’t affirm to have noticed an absolute dancefloor hit. Darkness On Demand is an atypical band inspired by EBM and clearly a challenge!

Conclusion: Dance Or Die is dead, long live Darkness On Demand! I’m looking out for the album to hear the real potential of this band.

Best songs: “The Fire Is Not Out”, “City Of The Dreamers – DoD Remix”, “Wir Stürmen Heut Das Parlament”.