Germany has yet another festival disaster on its hands now that the Dark Munich Festival has filed for bankruptcy. What makes it pretty annoying for many is that all the sold tickets for the 2016 edition will not be refunded. As such this is not that surprising as the organisers had to pay a lot of wages upfront to some of the bands and other involved parties leaving them with no reserves at all, even worse, they are left with a lot of debts leaving them no other choice than file for bankruptcy.

For the festival it would have been its 5th anniversary edition. Below is the line-up as it was planned. Apparently the weak pre-sales (only 150 tickets sold) caused the event to collapse. 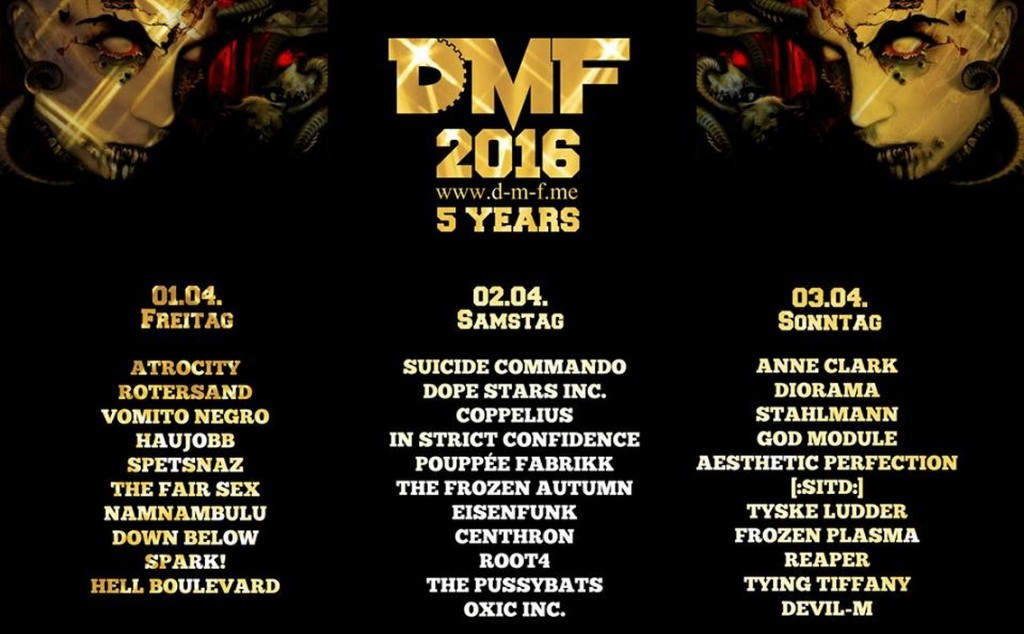 Social media in Germany are now flocking with disgruntled people (surprising since only 150 tickets were sold) claiming they feel betrayed by the organisation as the Dark Munich Festival had always let the people believe that the sales were going well. They seem to forget that all communication coming from a commercial party always has one purpose: sell products, in this case tickets. And you can’t blame the festival for trying to sell more tickets to try and make the festival happen after all. Nevertheless, bad news for the 150 people that did buy tickets and which should be the only ones being rather pissed off.

The best of luck to the organisers who have done a great job during the past 4 editions. You can view various image galleries on the festival’s website.

Since you’re here … … we have a small favour to ask. More people are reading Side-Line Magazine than ever but advertising revenues across the media are falling fast. And unlike many news organisations, we haven’t put up a paywall – we want to keep our journalism as open as we can. So you can see why we need to ask for your help. Side-Line’s independent journalism takes a lot of time, money and hard work to produce. But we do it because we want to push the artists we like and who are equally fighting to survive. If everyone who reads our reporting, who likes it, helps fund it, our future would be much more secure. For as little as 5 US$, you can support Side-Line Magazine – and it only takes a minute. Thank you. The donations are safely powered by Paypal.
Tags: Dark Munich Festival