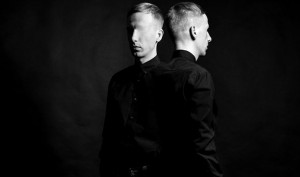 The Subscription-based label Cut Records has decided to donate 50% of their subscription fees to Stonewall, a lesbian, gay, bisexual and transgender (LGBT) rights charity in the United Kingdom.

The action comes after Mario Admoaitis, better known as Cut Records signed music producer Ten Walls, posted an anti-gay outburst on Facebook last week. The Lithuanian musician who scored a massive worldwide dance hit with “Walking with Elephants” posted the following on Facebook on the 3rd of June in which LGBTIs were referred to as ‘people of different breed [sic]’. The post stated: “I remember producing music for one Lithuanian musician, who tried to wash my brain that I don’t need to be so conservative and intolerant about them. When I asked him “what would you do if you realized that your 16-year-old son’s browny (anus) is ripped by his boyfriend?” Well he was silent. In the good 90s these people of different breed where fixed.” Furthermore the post likened homosexuality to pedophile abuse by Catholic priests.

Says Cut Records owner Alex Cowles: “In light of the past day’s events surrounding the artist Ten Walls (Marijus Admoaitis) and his anti-gay rant, I’d like to try and do something positive. Cancelling Mario’s shows and dropping him from lineups is one thing, and despite making an example, it doesn’t seem to me like a tangible positive step towards support for the LGBT community. With that in mind, for the next month, I would like to donate 50% of all Cut Records’ subscription money to the Stonewall charity.”

The Lithuanian producer immediately felt the backlash as he got dropped by Sonar festival, PITCH festival and a number of other events alongside being stoned by the (gay) public.

Admoaitis later on removed the post and said: “I want to apologize for the former post in my account. I am really sorry about its insulting content which does not reflect my true opinion. I hope this misunderstanding will not provoke any more thoughts and opinions. Peace.”

Note that in many (former) Eastern Bloc countries homophobia is still very accepted and often the ‘normal way’ of thinking, even in the music scene which usually is considered to be rather open towards gay people. Admoaitis’ outburst is part of that underlaying omni-present homophobic feeling.