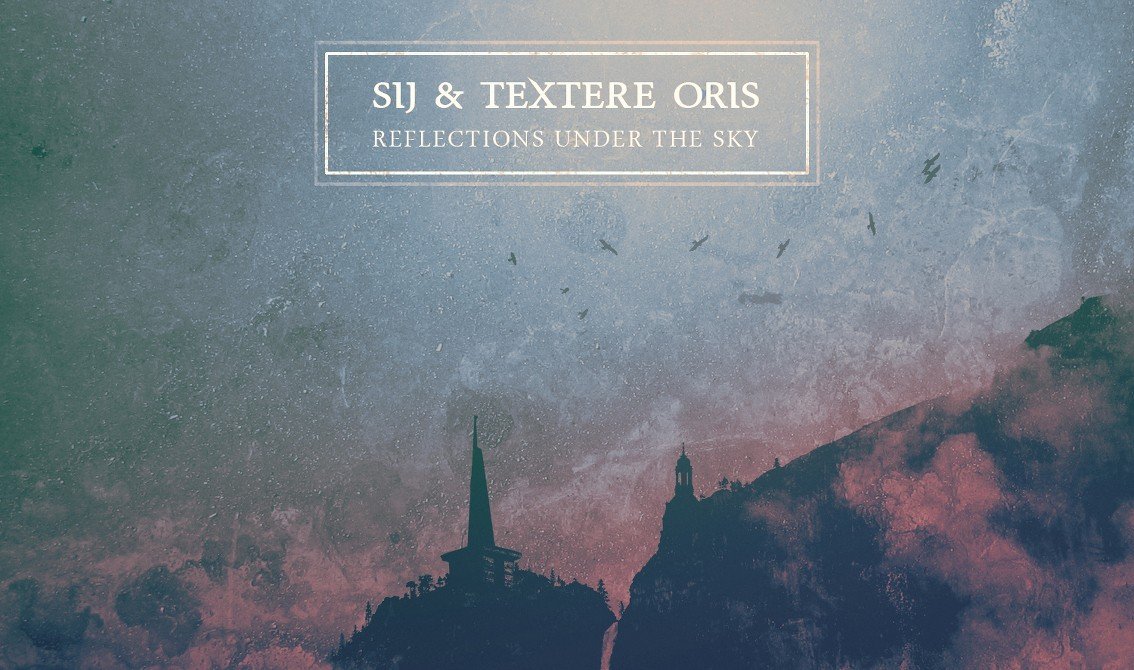 The Moscow based Textere Oris and the Ukrainian project SiJ have joined up to record the field recording focused release “Reflections under the Sky”. The duo sees the album released via the dark ambient label Cryo Chamber. You can expect a merger of warm tape noise fused recordings and analogue acoustics.

SiJ is an ambient music project founded on March 27th 2011 by the self-taught artist Vladislav Sikach from Sevastopol (Ukraine). SiJ uses a large number of instruments such as various guitars, drums and synthesizers as well as handmade mechanical or electromechanical sound devices to create his sound.

Recently SiJ started to use field recordings made in various places from urban streets to abandoned military and industrial facilities next to using tools for creating SiJ’s soundscapes such as VST-technologies, digital sound processing and CSound sound-synthesizing programming language. He collaborated cross scene with such diverse projects and artists as Creation VI, RMSS Systems Inc., Sergey Gabbasov, Luís Antero, Particula, WMRI, Ptarkh, Astral & Shit among others. He has also performed at the Crimea branch of II Ambient Music Fest and Finland Open-Air in 2014.

Textere Oris is the project of the Moscow based producer Ilya Fursov. He has been incorporating various musical elements in his work, from dark ambient over worldbeat to spoken word and field recordings.

Below you can listen to the album which is available as an HQ audio download and as a CD digipak via Bandcamp.

Below is the video for the album’s opening track “Near the Dam”.