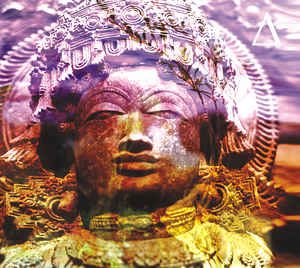 Background/Info: “Δ” resulted from the common efforts between Creation VI and Uhushuhu. Especially the Ukrainian project Creation VI is a real prolific artist while the Russian Uhushuhu has only released a few works since 2014.

Content: “Δ” reveals one single cut, which will hold you in its grip for more than 40 minutes. From haunting, shimmering voices to field recordings to ambient waves ending into a truly apotheosis this track sounds like visiting the darkest corners of music.

+ + + : This is a work with a strong visual appeal. The global atmosphere has something intriguing, giving you the impression of moving through an endless sonic tunnel. The fact there’s only one single cut doesn’t really affect the listener’s attention and especially because of the slowly, progressive sound wave ends in a climax.

– – – : “Δ” is a rather pleasant listening although it’s not that evident to conquer the audience by such a long and endless cut. I can imagine the music accompanied by a strong visual content, this way creating the perfect symbiosis while elevating the music towards a higher dimension.

Conclusion: This work has something apocalyptic, which in the end rather sounds as a reference for this kind of music. It’s enjoyable and somewhat intriguing, although not exactly something new in this genre.