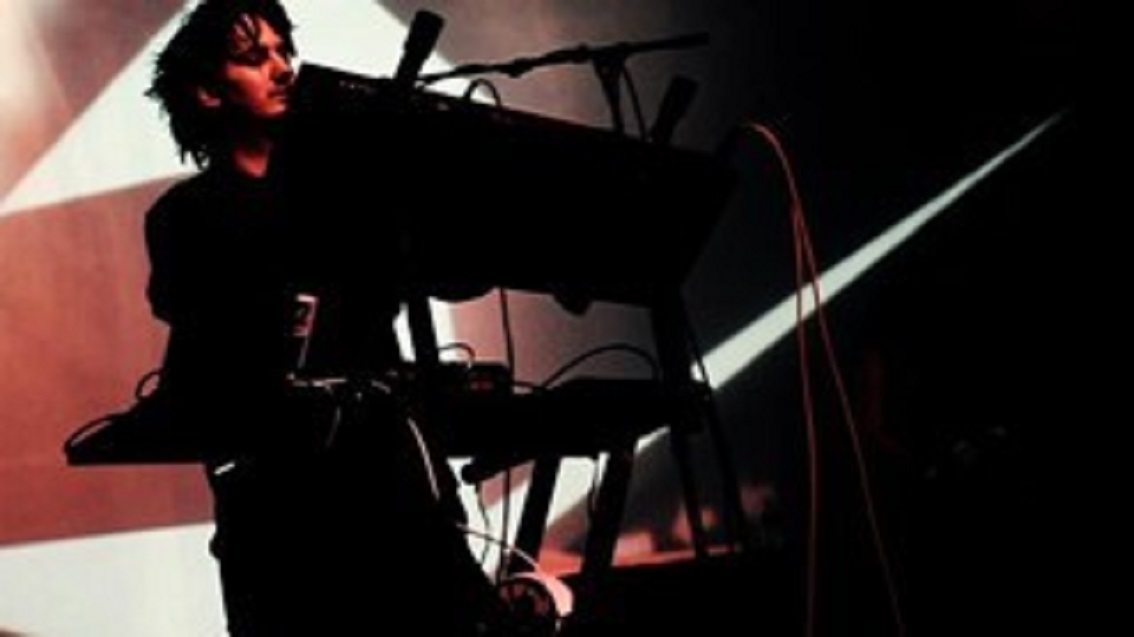 Set up and driven by the creative spirit of Yves Schelpe, Psy’Aviah is already active since 2004. The band has been inspired by numerous influences becoming a kind of sonic chameleon or simply a pure sonic ‘pop’ enigma. Electro-pop has been often the basis of their work while multiple influences like electro-clash, trance, electro-rock, trip-hop and even dance have been explored. The new opus “Seven Sorrows, Seven Stars” again is a new sonic exorcism of new influences while featuring multiple and talented guest singers. Time for a chat with Yves Schelpe.

Q: What were the main ideas and purposes when starting the writing of the new album “Seven Sorrows, Seven Stars”?

Yves: After writing the 6th album “The Xenogamous Endeavour”, which came out in 2014, I was suffering from ‘blank-paper-syndrome’ or commonly known as writer’s block. I did make music, but I just had no connection emotionally to it. The turning point came after watching the movie “Interstellar”, the atmosphere really inspired me and kickstarted the first song “Alcubierre Drive” (look at our video), in which both the music and lyrics are my personal soundtrack for the movie. After that the process shifted gears, most of the other tracks are also loosely based on the movie, yet, if you don’t know it you won’t notice it – as every lyric can be translated to the ‘real world’. I like it that they have this double meaning.

Q: So what is this new album dealing with and what’s the deeper meaning behind the title?

Yves: The title refers to several things. The most obvious is that this is my seventh studio album. “Sorrows vs Stars” alludes to the fact that the songs are sometimes positive, and sometimes totally depressing, just like life. The album itself is of course inspired by the events and atmosphere of the movie “Interstellar” as I mentioned before – but each and every track can be interpreted as if it would happen in the ‘real world’.

“Alcubierre Drive” for example deals with lovers, people, friends, slowly growing apart – whilst “Stronger” is a song about rising again after a deep fall. Every song has each own unique story to share.

Q: You again worked with multiple guest singers (and a lot of male vocalists this time). I can’t imagine it’s possible to get a similar connection with a guest singer instead of a band singer so how did it happen and how did the recording and production of the vocals happened?

Yves: You’d think it isn’t easy to connect, but when recording and preparing to record I always have lengthy mails or sometimes skype or telephone calls with the vocalists so that we connect and understand each other. As I write most of the lyrics myself I do also explain what’s behind it, record a demo guide vocal for them to interpret.

This makes it so that the sound stays true to my songwriting ideas. It’s actually the very same way I worked before with a ‘fixed’ singer, the only upside now is that I have a lot more creative freedom and a range of talented vocalists who each have their unique strengths.

Q: I got the impression every new album by Psy’Aviah sounds like a new sonic travel where you explore different influences. How do you see this evolution as composer and master mind of the band?

Yves: It’s a deliberate choice from the inception of the band. I always wanted to incorporate styles and not pin myself down to just one genre, as it limits my songwriting and storytelling. I think it’s because of listening to bands like Faithless, Moby, The Chemical Brothers, Praga Khan and Soulwax – who showed that you don’t have to keep to just one genre. A mix of ambient, trip-hop, dance anthems, aggressive tunes is possible and keeps it fresh and more interesting for me as well. Whilst I do mix up the genres, I always try to keep that certain ‘Psy’Aviah’-sound though.

Q: You once posted an interesting quote about the reason(s) you stopped playing live with Psy’Aviah. I think it’s an interesting point to share with us and what’s your opinion about the subject right now?

Yves: I still think it’s true, there’s a lot of promoters that don’t take their job seriously. In the end it then always reflects on the band when the sound is off, the lights don’t work, the soundcheck settings weren’t recorded, or the PA just walks out… And there’s a lot more. You might argue it’s part of the job, but in all honesty, I loathe that part and it lacks of professionalism.

Mind, I’m not talking about all promoters, but it’s always a gamble what you’ll be facing. Hence we’re always double prepared with our own mixing engineer, etc… Part of the reason might also have been a lack of motivation of the previous ‘live band vocalist’ to continue to push and go for it.

But, surprise, surprise, after three years (our last gig was with Praga Khan at ‘Anciennce Belgique’), we’ll be back on stage on September 9th, 2016 at ‘Kinky Star’ Ghent with a new live band: Marieke Lightband on vocals (winner of several singer/songwriter awards, and has massive experience outside the ‘scene’ as well), my favorite live guitarist Ben Van de Cruys and me behind the keys. Very much looking forward to this new journey! And bookings are open at http://www.psyaviah.com/contact/live-bookings/.