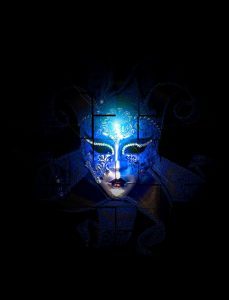 German formation Boytronic belong to the German ‘history’ of electro-pop music. Set up in the early 80s they got an instant recognition. The band is now back on track after 11 years releasing the new opus “Jewel” on SPV. Ingo Hauss and Hayo Lewerentz know each other for years and have been involved in numerous common projects (U96 being one of the most famous ones). They’re now getting back to Boytronic and joined hands with British singer James Knights (Scarlet Soho). Scarlet Soho was signed on Hayo’s label Major Records, which explains the link between Boytronic and the new singer. I got in touch with Hayo Lewerentz to talk about the new work.

Q: “Jewel” is the first new album in more than ten years! Can we speak about a resurrection of Boytronic and what made this new album possible?

Hayo: Well, it was something like a strange coincident really. Ingo and myself were in the studio with James (Knights) to record some new songs that we had written and realized that the result was sounding a bit like Boytronic. We hadn’t really planned to record a new Boytronic album as Holger wasn`t interested in doing new stuff and playing live. So the decision was to record a new Boytronic album with James Knights as a guest singer,  but now we even think that it could last longer than just one album. We simply love his voice and also the way he sings all the old Boytronic tracks live.

Q: All over the years Boytronic went through numerous line-up changes and for the new album we again discover a different line-up. Is there an explanation for all these changes?

Hayo: Well, the line-up changes came naturally in a way. In the 80s it was the death of Peter Sawatzki that put an end to the first version of Boytronic as Holger decided to record new stuff under the name Kamerata and we went on to record Boytronic albums with UK singer Marc Wade at the time. That was just 2 albums and a few singles because in the meantime (early 90s) we created another project called U96 which became super successful, so we concentrated on that for quite some time.

In 2002 I talked to Holger again and we decided to record a new Boytronic album together called “Autotunes”. As Holger was never interested in playing live really, this also didn’t last very long. In 2006 we agreed on another album that he recorded on his own as I was busy with my label Major Records at the time, where we released bands like IAMX, Ladytron and Nitzer Ebb and also that Boytronic album called “Dependence”. That album was a complete disaster in sales, so it became quiet again. The rest happened as I already explained above.

Q: I think you already started the writing of “Jewel” two years ago. What kind of album did you had in mind and what has been the main focus in the global production?

Hayo: As I said we wrote most of the songs as demos for another project that we planned and it became clearer with the recordings with James that we  make it a new Boytronic album. It was very inspiring for us to work with a great singer like James who also had a lot of live experience. What we had in mind was writing an all electronic album again that doesn`t deny our 80s roots but still is influenced by the sounds of today too.

Q: And do you see an evolution between previous Boytronic work and “Jewel” and what means synth-pop music to you ano 2017?

Hayo: I think as we are all older now the music maybe sounds a bit more mature. We still love to write catchy pop tunes, we always did, but we are much more open to new music too. We listen to all kinds of stuff like techno, electro, dance and synth-pop and that leave traces in our sound today  I guess. We don`t put music into certain corners like ‘synth-pop’. We judge music by what we like and what we don`t like.

Q: A new single has been released as well (cf. “The Universe”), but what’s the impact of a single today and what do you think about the global evolution of music today (considering elements such as social media, streaming, music composed with software etc…)?

Hayo: You still need singles/single tracks that go well with pictures to have some visuals out there too. Regarding the fact that social media is so important these days it makes some visualization of your music  indispensable. People love watching videos, even if they are just lyric or image videos, but it gives a certain feel to the music and helps people to get the vibe. I think all this social media thing and the digitalization of music is a good thing as it gives you a much broader exposure as an artist if you know how to play it. But on the other hand it also takes a lot of your precious time being creative. Regarding the pro’s and con’s I would still say that the pro’s  excel the con’s as the artists keep more control of what happens to their music.

Hayo: We are planning a tour for next year and as many festivals as possible to get the new album  out on stage. The dates will be confirmed soon, we only know for sure that we will play the Wave Gothik Treffen in Leipzig on May 20th, 2018. Also we have been working on new songs with James and we will release more singles and remixes. Apart from that we also finished a new album with our techno project U96 which we will release early next year. That’s just Ingo and me with some guests  like  Wolfgang Flür (ex Kraftwerk), Joachim Witt and techno legend Adamski. We like to be busy (laugh).