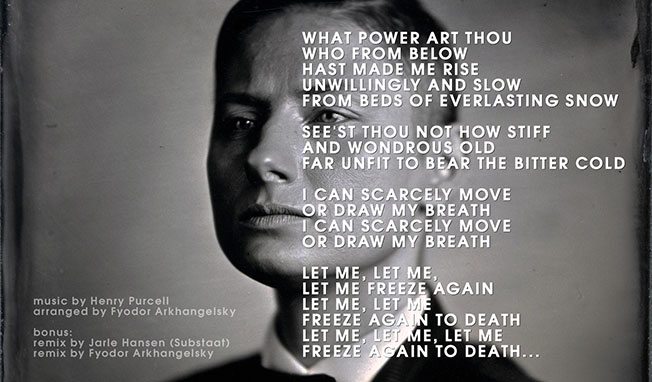 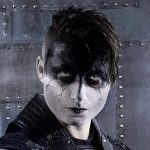 Michael Draw, the countertenor singer from the Russian darkwave band Otto Dix, released the “Cold Song” EP on October 30th 2017.
“Cold Song” is a song originally performed by Klaus Nomi, released on his eponymous album in 1981, then as a single in 1982, and remixed several times later.
It contains lyrics excerpts from Henry Purcell’s “What Power Art Thou” form the semi-opera “King Arthur”, performed for the first time in 1691. 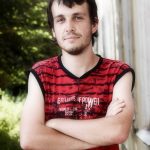 The music by Henry Purcell was arranged in a darkwave and rock manner by the Russian composer Fyodor Arkhangelsky and remixed by Jarle Hansen from Substaat.

Jarle Hansen explains how this Norwegian-Russian collaboration came to happen:
– We met Michael (from Otto Dix) a couple of years back as we did a tour with them in Germany and Poland. Otto Dix is a very theatric band and I was very fascinated by their stage appearance and how they blended Michaels voice with electronic music. 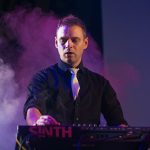 – I have always wanted to try bringing in elements from classical music into the electronic scene. The last years a lot of well-known bands in the scene have done great concerts and recordings with a symphonic orchestra.
Then when Michael asked me if I would do a remix of his version of “Cold Song”, I was very happy, and also a bit frightened. This is “the other way around”, “electrifying” a well-known classic act is surely nothing you want to mess up.

– Just after Michael had released the single, I went to a Laibach concert in Oslo, surprised to hear that they have decided to do their own version of “Cold Song” on the tour this year. It was a great concert, and I really enjoy Laibach, but I prefer Michael’s version. I may not be completely objective though.

Get your own copy here:
http://muzicona.com/newest/otto-dix–cold-song-single-ru.html